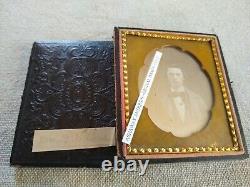 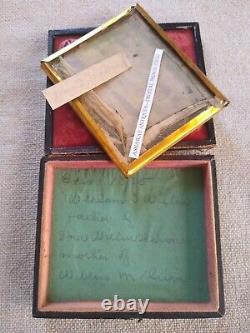 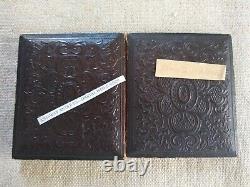 Wilbur and also inside the case as Born 1835, William I. Wilbur, father of Inez Wilbur Dixon, mother of William M. Brackney is located close by the New York state line, less than eight miles south of Binghamton NY. Wilburs obituary was published in the Montrose Democrat on March 18, 1892, and notes that he served in the 109.

New York Infantry during the Civil War. Wilbur enlisted at Binghamton in Company E and was mustered in as a private on August 9, 1862. He was promoted to corporal less than two months later and then was promoted to the rank of sergeant on December 1, 1864. New York Volunteer Infantry spent the first year and a half of their service guarding railroad lines around Washington, D. They were sent to the front as part of the 9.

Corps at the start of the Overland Campaign and would soon see heavy combat at the Battle of the Wilderness and the Battle of Spottsylvania. The regiment was heavily engaged again during battles around Petersburg, Virginia, in 1864 and 1865. It suffered sufficient casualties to make the Foxs Three Hundred Fighting Regiments list.

This image shows him as a young man just prior to the Civil War. The daguerreotype is in good or better conditionno longer sealed but with paper tape still in place. The pictures dont show how nice the photograph is (no swipes or other flaws of note). The case is split at the hinge but is otherwise in good condition with light wear and soiling. Nice daguerreotype of a young man who would soon serve in the Civil War!