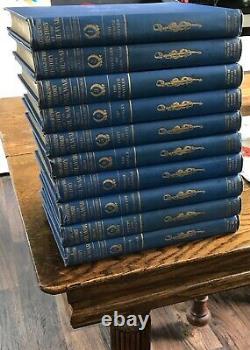 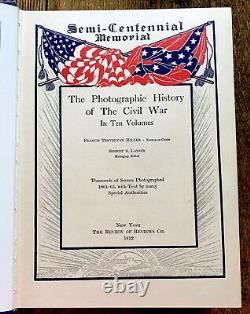 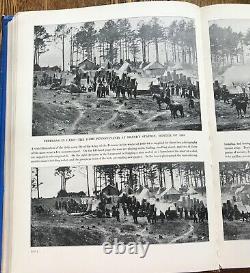 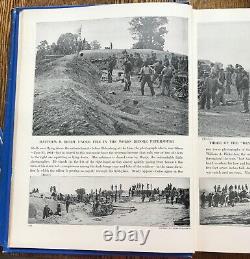 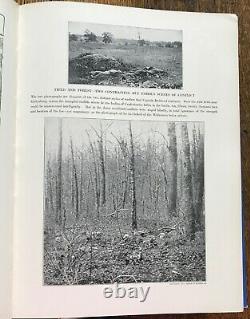 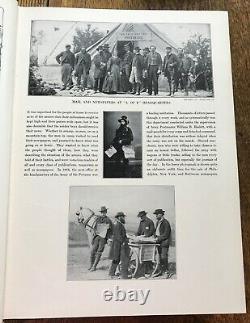 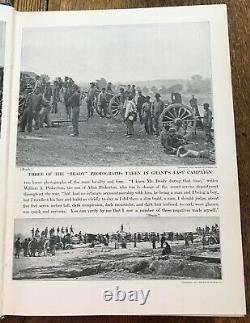 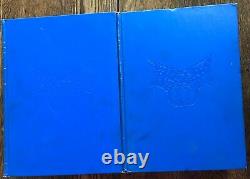 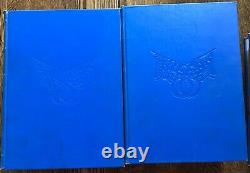 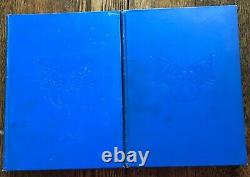 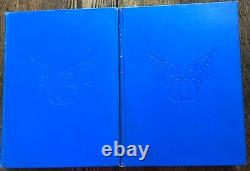 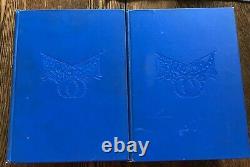 The Review of Reviews Co. Each approximately, 11" x 8" - printed by Trow Press, New York. Thousands of Civil War Scenes Photographed 1861-65 in this set of 10 books. With photographs by Mathew Brady and others. Book contains commentary and text by many special authorities, military and Civil War experts, some eye witnesses.

Books contains a few maps. Photographic descriptions throughout the volumes. The Opening Battles, William H. Taft, President of the United States, Henry Wysham Lanier, Even Swift and others.

Forewords, Prefaces, The First of the Great Campaigns, Down the Mississippi Valley, The Struggle for Richmond, Engagements of the Civil War Up to July 1862. Two Years of Grim War, Henry W. Of History, James Barnes, The Rise of Lee, Opening the Mississippi, The Crisis, Along the Tennessee, Engagements of the Civil War from august 1862 to April 1864, Inclusive. The Decisive Battles, Frederick Dent Grant, Major General U.

Army, Grants Versus Lee, The Simultaneous Movement, Closing In, From War to Peace, Engagements of the Civil War from May 1864 to May 1865. Rodenbough, Brigadier General United States Army (Retired) and others.

Lanier, William Conant Church, Brevet Lieutenant Colonel, John E. Gilman - Commander in Chief, Grand Army of the Republic; Intro, Ulysses Simpson Grant by Church; Robert E. Lee by Trent; William Tecumseh Sherman by Fleming; Stonewall Jackson by Redwood; Losses in the Battles of the Civil War and their Meaning; The Federal Armies; the Corps and their Leaders; The Confederate Armies and Generals; the Organizations of the Veterans; The Grand Army of the Republic; The United Confederate Veterans; General Officers Union and Confederate - A Complete Roster, Index. Hardcover books are in good used condition.

Blue cloth covered boards have some edge and corner wear, corners bumped with some wear, wear at the top and bottom of the spine. Gold lettering on the spine and gilt top. Fore edge on these volumes. Book covers are secure, all pages intact, clean and unmarked.

A couple of the books may have a couple of small edge tears mostly in the. Bottom margin 1/4" - 1/2". A few of the gutters of the books have mostly light wear. Inside the front and back cover along the gutter there may be some small tears on the paper covering the gutter.

The blue cloth covers have various size smudges and marks, mostly dark, some have a couple of light marks, see photos. The spines also have marks, random of various sizes. Please enlarge and examine the photos above.

This item is in the category "Books & Magazines\Antiquarian & Collectible".antiques" and is located in this country: US.