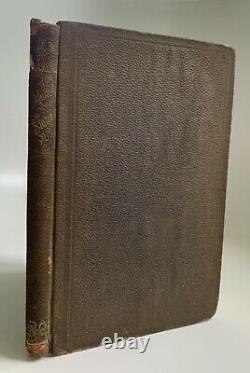 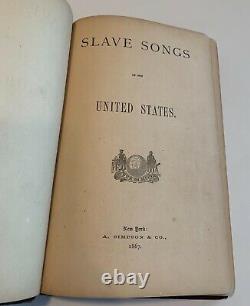 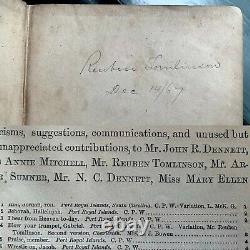 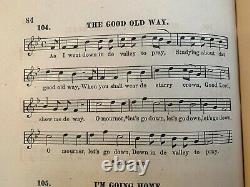 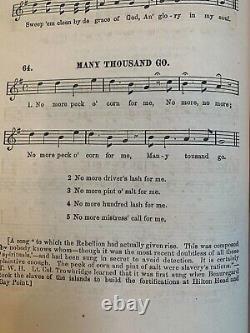 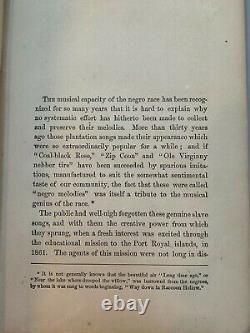 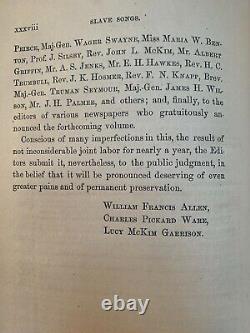 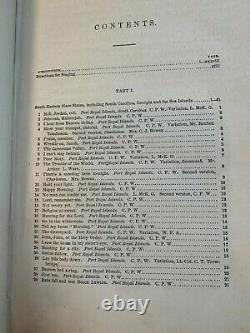 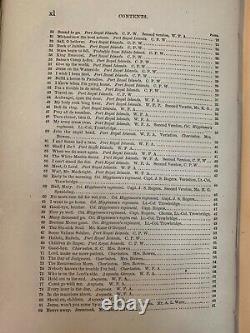 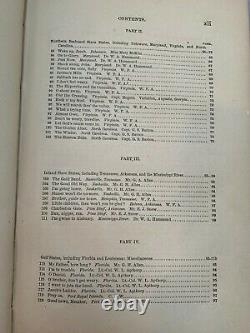 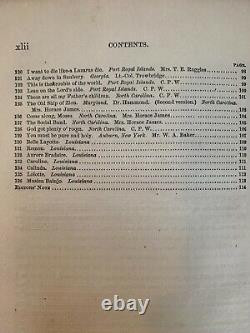 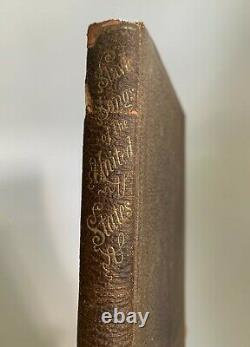 The first-ever published book of African-American music. SIGNED and dated in year of publication by Reuben Tomlinson, a contributor acknowledged in the introduction and named again in the table of contents. Tomlinson was the Superintendent of Education in the. He had himself come to the Sea Islands in 1862 as a teacher in the schools for freed slaves there, part of the so-called Port Royal Experiment. The lead compiler, William Francis Allen, was also a teacher in the program, and Garrison and Ware were likewise northern abolitionists involved in the work among formerly enslaved people in the Sea Islands.

Tomlinson went on to hold various political offices in the state during Reconstruction, including serving in the House of Representatives and becoming state auditor, before a run for governor in 1872, which he lost to Franklin J. Though he is included in the compilers' acknowledgements among those thanked "for criticisms, suggestions, communications, and unused but not unappreciated contributions, " he does indeed appear in the credits for at least one song in the book, Blow your Trumpet, Gabriel. Also included with the book are two print-outs. From the Smithsonian's archive, microfilm images of records from the Freedmen's Bureau, professional endorsements in Tomlinson's hand with numerous (nicely matching) instances of his signature, as well as written dates, several from the same year. Thomas Wentworth Higginson's article, "Negro Spirituals, " from the Atlantic Monthly in June of 1867, which is cited in the intro; Higginson (also known as the "discoverer" of Emily Dickinson) was the commanding officer of a Black Civil War regiment that was the source for several of the songs contained in this book.

Songs include musical notation, lyrics and notes. In addition to the 115 pages of songs, there is an informative 38-page introduction, mostly by Allen. While not by any means escaping the prejudices of the day, it does manage to transcend mere exoticism and paternalism to express genuine appreciation and respect.

The intro provides a number of interesting insights into how this music arose, evolved, and was actually deployed in the culture. Also included are "directions for singing" and an additional editors' note at the end.

The book has wear to cover corners, some rippling to cover cloth, and some loss to spine ends, including a 1.2 chip at tail of spine. An exceedingly scarce title and a high spot in ethnomusicology and the histories of American music, slavery, and Black American culture. For several other items on related themes. Key terms: folk music negro spirituals black americana gospel music. This item is in the category "Books & Magazines\Antiquarian & Collectible".