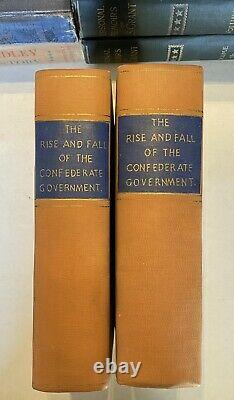 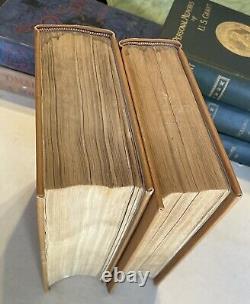 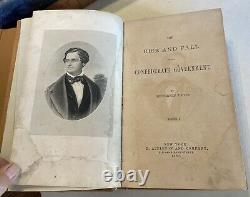 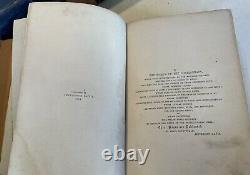 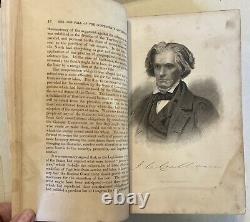 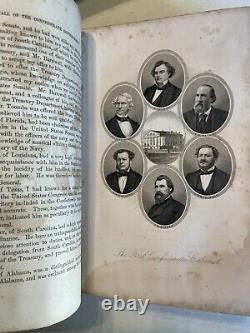 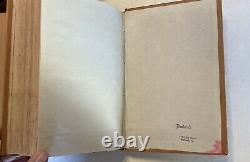 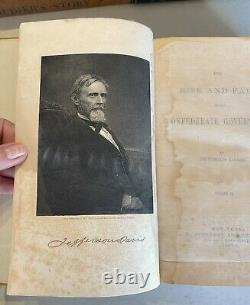 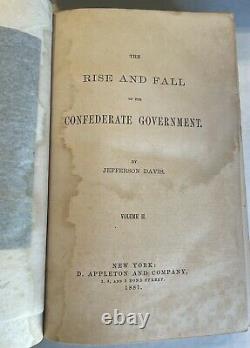 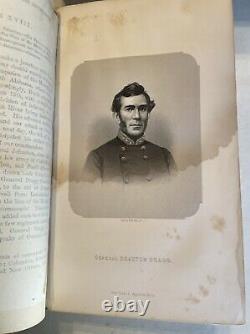 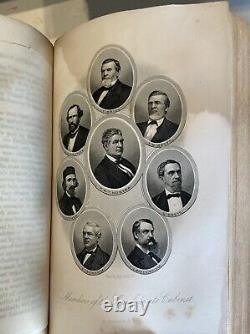 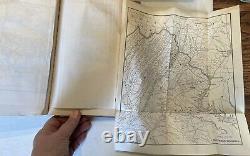 The Rise And Fall Of The Confederate Government by Jefferson Davis - 2 Vols 1881 - First Edition. 2 - Publishing - D. The books are generously illustrated with engravings and lithograph plates, including a number of maps, fourteen of which are folding. The pictures are just a tiny sample of the illustrations that are in both volumes. Jefferson Davis served as President of the Confederate States of America and wrote the book as a straightforward history of the Confederate States of America and as an apologia for the causes that he believed led to and justified the American Civil War at His home in Beauvoir in Biloxi, MS (on the gulf of Mexico).

The first volume is 707 pages and the second is 808 pages. The object of this work has been from historical data to show that the Southern States had rightfully the power to withdraw from a Union into which they had, as sovereign communities, voluntarily entered; that the denial of that right was a violation of the letter and spirit of the compact between the States; and that the war waged by the Federal Government against the seceding States was in disregard of the limitations of the Constitution, and destructive of the principles of the Declaration of Independence.

These books have been rebound with new gilt labels on the spines. (by Bookcraft of Halifax PA) The illustrations, plates and maps are present. The original tissue guards facing the engravings are missing in Volume 1 but present in Vol 2. The folding maps are intact. Looks like there was some water damage to the pages and especially shows in volume 1 on the engravings. There is foxing to the pages. No torn pages and no writing from others within. Volume 2 is in much better condition than 1. Please see all pictures for condition.

Feel free to ask any questions or request more pictures. Thanks for looking and see my other listings for more military books. The item "Rise And Fall Of The Confederate Government -J. Davis 2 Vol Civil War 1881" is in sale since Thursday, October 21, 2021.

This item is in the category "Books & Magazines\Antiquarian & Collectible". The seller is "oldsmobile88" and is located in Lakeside, California.