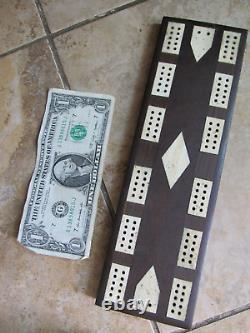 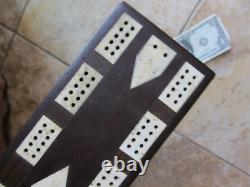 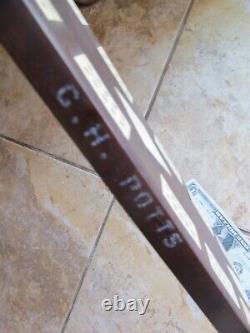 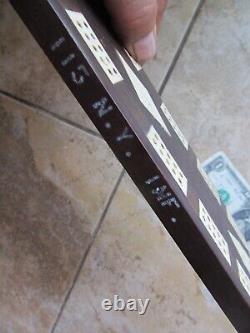 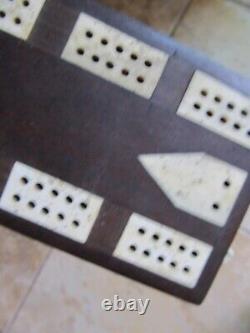 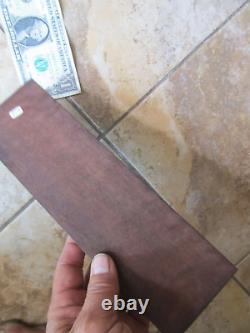 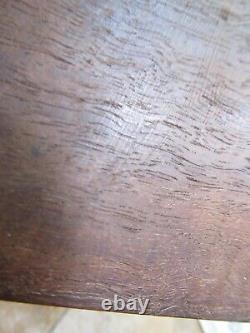 Cribbage was one of the most popular games during the Civil War. It helped while away the time and provide entertainment during the significant time between battles, marches, and camp activities. The soldier nicely stencilled his name and regiment on the side, C.

Potts, 115th NY Infantry, and much of it clearly remains. This is a great Civil War soldier-used item to add to any collection, especially a collection of soldier or camp items or THE STATE OF NEW YORK related items.

It is almost impossible to find good identified soldier items any more. Y Volunteer Infantry was raised in the NY counties of: Saratoga, Montgomery, Fulton, and Hamilton, and mustered into the United States service on August 26, 1862.

29, the regiment was sent by railroad to Maryland and furnished with arms. It then moved to Harper's Ferry, Va. Where it was assigned to guard duty along the Shenandoah Valley Railroad. A member was wounded in the hand by the accidental discharge of a musket, necessitating amputation. Another member was also wounded by a guerrilla shot.

In its first engagement, several hours after the 115th met the enemy in deadly combat, the commanding general made "one of the most cowardly and disgraceful surrenders ever recorded in American history". Eleven thousand men, armed and equipped in the best style, with plenty of ammunition, holding one of the most defensible positions possible, were surrendered, instead of helping to surround Lee's, Longstreet's, Hill's and Jackson's corps. These good men soldiers were therefore doomed to bear the taunts of their enemies, at home and abroad, as Harper's Ferry cowards.

The prisoners were paroled the next day, and allowed to depart in peace, which they did with sorrowing hearts. About 23 November, the regiment was formally exchanged.

They then burned the town of Bluffton and moved to the city of Beaufort, S. Where it went into camp, followed by Hilton Head, then Jacksonville, where they captured a battery of six guns, a quantity of small arms, etc. And a large amount of provisions, upon which the boys feasted. They burned turpentine factories, and tore up considerable railroad track, burning ties and other property belonging to the rebels.

From this time to the surrender of Johnson's rebel army, the 115th was continually employed in fighting, marching, picket and guard duty, until it reached Raleigh, N. Where it was assigned to "safe guard" duty in the city, from 23 April to 17 June, when it was mustered out of service. On the 19 June, the regiment left Raleigh for Albany, N.

Where it was paid off on 6 July 1865 there being something less than two hundred of the original members left in the regiment. Little more can be added to the laurels already bestowed on one of the best of our country's defenders, the 115th Regiment, New York Volunteer Infantry. The following list of battles which were participated in by the regiment, or a part of it.

Proctor's Creek & Port Walthall, Va. 16"2"8 August 1864? Battle flags were presented to the state, including the national ensign, a gift of the ladies of the XVth Senatorial district on Aug. It showed great service, with the staff and three-fifths of the flag being gone.

The regimental silk flag, with eagle and shield in the center and the national motto in a scroll beneath, and thirty-four stars in the field above, bearing the inscription, 115th N. Regiment Infantry, came out ripped in the center and torn from side to side. A second and similar regimental banner survived in better condition, and with it was a new national flag inscribed with the names of the regiment's battles; also two guidons of bunting. These flags were turned over to the state adjutant general by Sergt.

James English, who lost an arm while supporting them in the field and battle. Regimental losses were 7 officers and 128 enlisted men killed or mortally wounded, and 188 enlisted men who died of disease. This item is in the category "Collectibles\Militaria\Civil War (1861-65)\Original Period Items\Other Civil War Original Items". The seller is "marvinsmom9" and is located in this country: US. This item can be shipped worldwide.