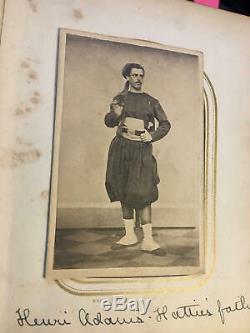 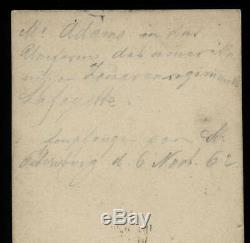 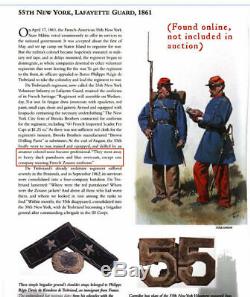 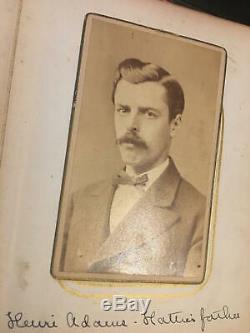 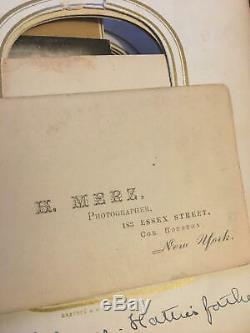 CDV of Henry / Henri V. Adams, 55th NY Volunteer Infantry. It appears he is holding a lit cigarette! He is ID'd on the back of this Zouave CDV and on the album page this CDV. Was originally in, as "Henri Adams, Hattie's father".

CDV of Adams are included, and are only shown here for reference and ID purposes. I believe I still might have them and can possibly make them available in a separate listing... The civilian photo has a New York studio imprint, the Zouave. Photo has writing in pencil (see below), but no studio imprint. The writing on the back is in German - I researched the family and his wife's. (Minna Koop) side was German; Henri was born in France, but moved to the US. In the late-1850s, where he lived in New York, and then enlisted in the U. I think I read somewhere while researching that the Lafayette Guard, or at. Least the ones that wore the French Zouave uniforms, were all of French heritage. The writing on the back of this Zouave CDV, very roughly translated says, in part. Adams in his American uniform, Lafayette regiment.

Then more words, and finally what appears to be a date of November 1862. CDV is in very good antique condition though it appears to be trimmed, measuring. 3 1/2" x 2 3/8". The item "Rare CDV Photo ID'd Civil War Soldier 55th NY Lafayette Guard Zouave" is in sale since Friday, August 21, 2020.