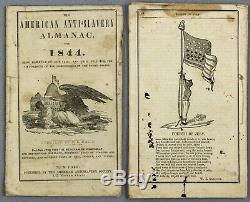 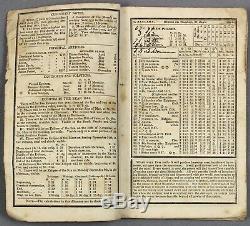 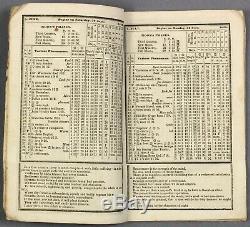 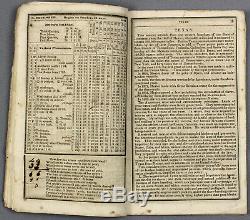 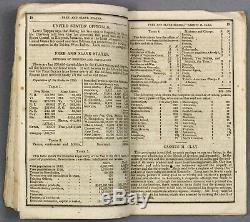 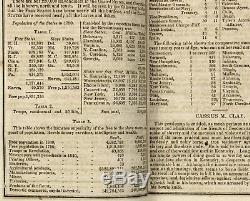 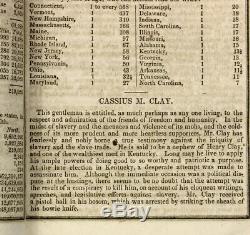 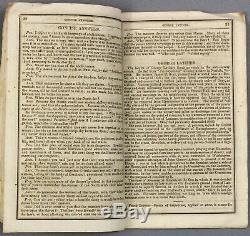 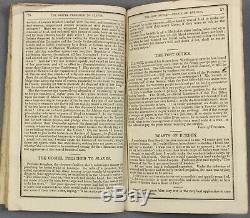 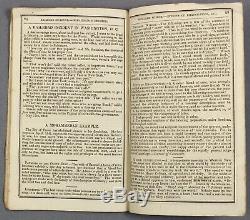 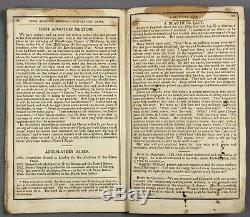 THE AMERICAN ANTI-SLAVERY ALMANAC an annual pamphlet founded in 1836 by the Anti-Slavery Society a. S one of the Society's efforts to raise awareness of the realities of slavery in nineteenth century America. An American journalist, best known for the independence of his character, and the boldness with which he denounced social wrongs and abuses. The American Anti-Slavery Almanac for 1844.

(New York): The American Anti-Slavery Society, [1843]. Woodcut illustrations on front and rear warps (the American eagle attacking a black woman and her child, and a black man whose hands and feet are bound to the pole of the American flag on the 4th July). 12mo [7.5in x 4.5in]. Some marking, ink blots and soiling to wraps.

Some age-toning to central leaves. Creasing to corners of pages. Please ask if you require a more detailed condition report, or view gallery images.

A deeply moving and resonant publication, this being the 1844 edition, which is rarely seen in the trade, and when a copy does appear it is typically in poor condition and lacking its wraps. The American Anti-Slavery Almanac was published yearly by the American Anti-Slavery Society beginning in 1836 as one of the Society's efforts to raise awareness of the realities of slavery in nineteenth century America. The yearly almanac compiled calendars and astronomical data with anti-slavery literature, art, and advertisements, in a small, neat pamphlet. The almanac did not call for uprising or violence, but rather served as a means to spread the word about the anti-slavery cause. The item "Rare American Anti-Slavery Almanac for 1844 pre-civil war slave emancipation" is in sale since Monday, July 27, 2020.

This item is in the category "Books\Antiquarian & Collectible". The seller is "kernoozers" and is located in Ascot. This item can be shipped worldwide.