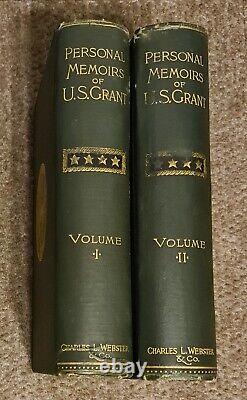 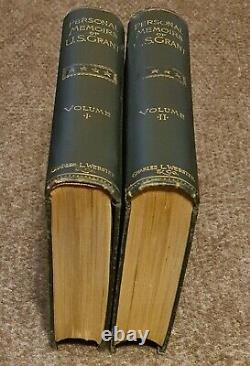 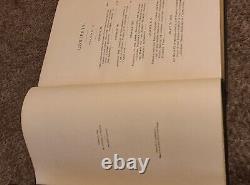 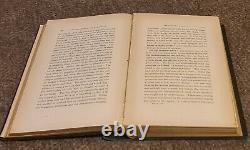 These came directly from an estate after being safely stored for a number of years. Publication date: 1885 and 1886. The Personal Memoirs of U. Grant is an autobiography by Ulysses S. Grant, the 18th President of the United States, focused mainly on his military career during the Mexican-American War and the American Civil War, and completed as he was dying of throat cancer in 1885.

The two-volume set was published by Mark Twain shortly after Grant's death. Twain created a unique marketing system designed to reach millions of veterans with a patriotic appeal just as Grant's death was being mourned.

Ten thousand agents canvassed the North, following a script that Twain had devised; many were veterans who dressed in their old uniforms. Each copy contained what looked like a handwritten note from Grant himself. Grant has been highly regarded by the general public, military historians, and literary critics. Positive attention is often directed toward Grant's prose, which has been praised as shrewd, intelligent, and effective. He portrayed himself in the persona of the honorable Western hero, whose strength lies in his honesty and straightforwardness.