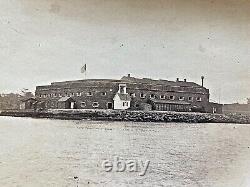 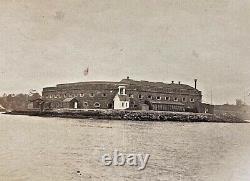 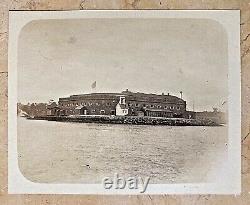 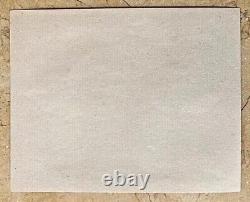 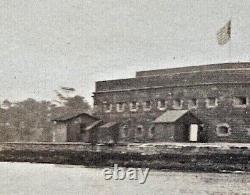 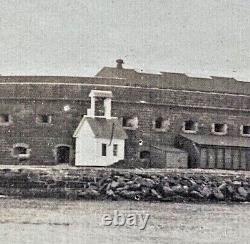 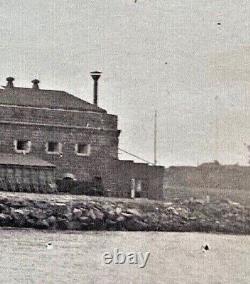 Prior to this, the fort had served as one of the first Northern coastal fortifications to hold Federal political prisoners. New York City became not only the first northern location to receive POWs in the Civil War, but also the last to give them up.

There were still 40 prisoners at Fort Lafayette as late as October 1865. By November most of the POWs.

Were released, but a number of political prisoners continued to be held till March 1866. Making this facility the last major Union prison to hold prisoners of war. Today nothing remains of the fort. After the war, the facility, with its towering walls of stone 8 feet thick and 30 feet high, stood idle in the bay for many years. It served as a munitions magazine through both world wars and was leased to the city of New York in 1948. For a while there was talk of making it into a nightclub or saving it as a historic site, but neither plan ever brought to fruition. Finally, in February 1960, it was torn down so the island could be utilized to support the east tower of the Verrazano-Narrows Bridge, then under construction and to eventually be the longest suspension bridge in the World until 1981.

The rubble that was once Fort Lafayette was dumped off the Staten Island New York shore to help support the west tower of the bridge. VERY SHARP FOCUSED WITH VERY GOOD CONTRAST. THIS IS NOT A COPY OR REPRODUCTION. This item is in the category "Collectibles\Militaria\Civil War (1861-65)\Original Period Items\Photographs".

The seller is "topcat2001565758590" and is located in this country: US. This item can be shipped to United States, all countries in Europe, Canada.