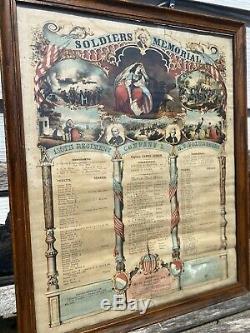 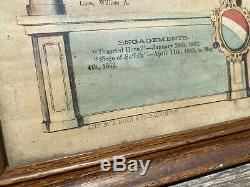 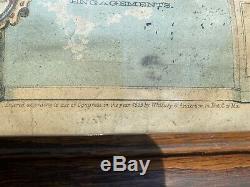 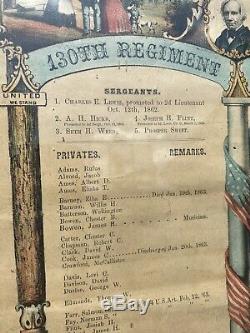 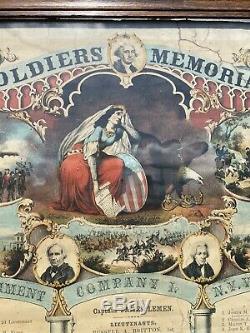 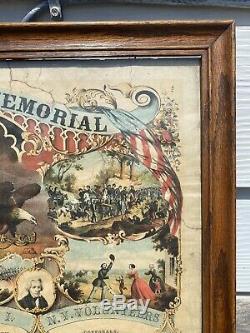 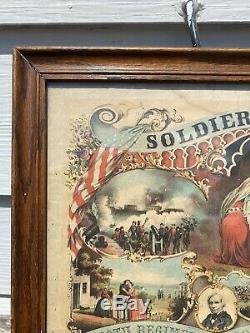 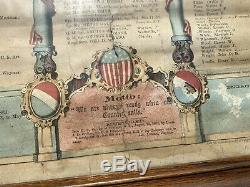 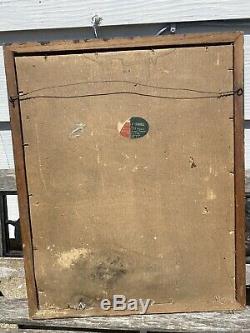 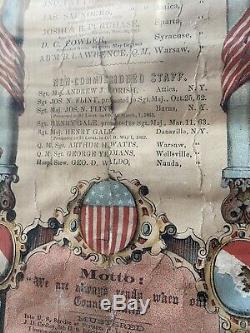 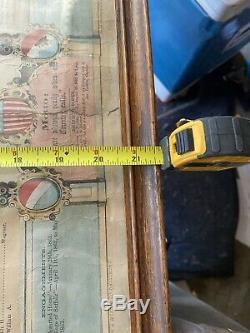 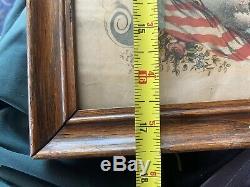 BORIGINAL CIVIL WAR SOLDIERS MEMORIAL 130TH REGIMENT N. Upon the call of the President for 300,000 more men as volunteers he at once took steps to raise a company, which subsequently became Co.

The time when this regiment was raised, as well as the 136th, was one of the darkest hours of our national existence. McClellans army had been withdrawn from the peninsula. Pope with his headquarters in his saddle, had skedaddled back to the fortifications at Washington. Grant had failed to capture Hood at Shiloh; Sherman was called crazy; Hunter and Fremont were both sat down on for their emancipation proclamation.

Mason and Slidell were busy in Europe, and these powers had declared that a blockade of the southern ports must be effective gunboats, not paper; and the Confederates were belligerents, not rebels; and the general order of Edwin M. Stanton, the Secretary of War, July 22nd, 1862, was that there should be no destruction of property in the nine seceded States. In other words the Union soldier, enlisting at this time, was expected to shoot at the rebel but not hurt him. The experience of the nearly 100 battles, that had then been fought, was that the rebels were well officered, fearfully in earnest, and determined, if possible, to succeed.

The return of the first prisoners exchanged had brought the new of the horrors of Libby prison and Belle Isle, and the fate that would be theirs if captured. While the decimated ranks of these regiments who had been in the service little more than a year, told plainly the fearful danger into which they were invited. Then too, there was no silver lining to the cloud in the form of a large bounty to lure these men on. At such a time as this James Lemen organized his company. It required not merely patriotism, but courage to surmount all these obstacles and brave the dangers.

The regiment commanded by such men as Alfred Gibbs, T. Thorp and Rufus Scott could not long be idle, and their barracks at Portage were hardly completed before they were on their way to Suffolk, Va. Here, encamped on the borders of the Dismal Swamp, many fell victims to its fatal malaria, while the unusual daily drill of eight hours rapidly perfected all in discipline. The first battle in which Capt. Lemen was engaged with his company was at Deserted House, Va.

30th, 1863, and the next morning at dawn found the rebels under Gen. Pryor under full retreat across the Black Water, who escaped by destroying the bridge over which he had crossed his forces. On the 11th day of April Gen.

Longstreet appeared before them with an army of 40,000 men, and for 20 days he pushed the siege of Suffolk. Peck were about the same in number, and during the whole time the 130th were almost constantly under fire. Longstreet, raising the siege, joins Lee as he marches Northward to be defeated at Gettysburg, while the 130th are placed on transports, landed at Yorktown, put under the command of Gen.

Meade, and by special orders they were transferred into the mounted service and designated as the 1st. Given only one month to adapt themselves to the cavalry service they are again placed under 8 hours daily drill and fight their first battle as dragoons on the 17th of October and lead in the charge over the old rebel fortifications at Manassas. A sharp fight at Culpepper Court House, Va.

On the 20th of Nov. 1863, and the regiment goes into winter quarters. During the winter we find Capt. Lemen almost constantly on duty at headquarters as one of the officers of the court martial for which his sound common sense had prominently marked him. His wife having died in 1857, he, while home recruiting for the regiment, married Mrs.

While in winter quarters permission was obtained by some of the officers for their wives to visit them in the army, and Mrs. The regiment were in line as they came to the camp. The fun-making propensity of the boys could not be restrained and immediately rose the cries of, put them in a canteen!

Until every thing about the camp had been named as the proper receptacle for the ladies. The impetuous Thorpe was mad, and dismissing the regiment he stalked to his quarters in a way that seemed to threaten vengeance (sic) on the whole regiment. Lemen, leading his company to their company street he halted them, and, calling his wife, he introduced her to each of them, calling them by name, and as she shook hands with each, she told this one she had brought a package for him from home, perhaps the next some kind work sent, and so clear down the line, and when it was done there was not a boy in the company but what was glad she came and honored their Captain the more on her account.

The item "ORIGINAL CIVIL WAR SOLDIERS MEMORIAL 130TH REGIMENT N. Volunteers" is in sale since Friday, August 7, 2020. This item is in the category "Collectibles\Militaria\Civil War (1861-65)\Original Period Items\Other Civil War Original Items". The seller is "kaylaparks298" and is located in Wayland, Michigan. This item can be shipped to United States.