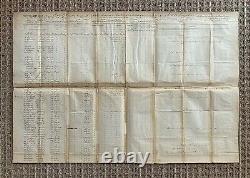 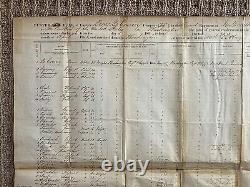 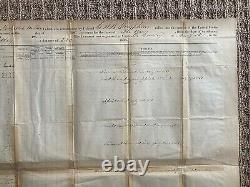 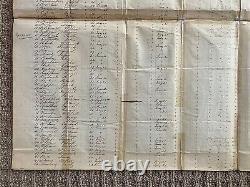 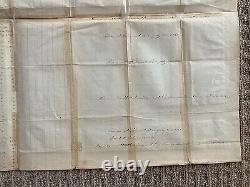 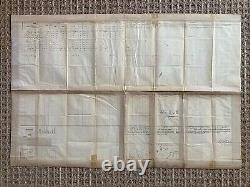 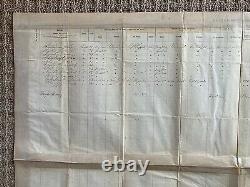 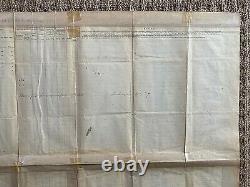 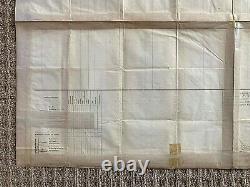 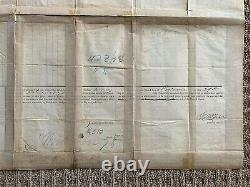 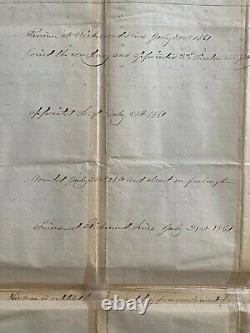 ORIGINAL CIVIL WAR - 82nd NEW YORK VOLUNTEER INFANTRY REGIMENT - MUSTER ROLL August 29th 1861. 2nd Regiment New York State State Militia Infantry. Mustered into volunteer service as the. 82nd New York Volunteer Infantry Regiment. THIS DOCUMENT HOLDS DETAILS ON EACH VOLUNTEER IN THE COMPANY AT THE TIME. SOME OF THE VOLUNTEERS HAVE REMARKS ABOUT BEING PRISONERS AT RICHMOND AND WOUNDED. THIS IS AN SELDOM SEEN PIECE OF CIVIL WAR HISTORY. MUSTER ROLL OF Captain Denis De Courcey Company H in the Second Regiment of New York State Militia Volunteers, commanded by Colonel G. Tompkins called into the service of the United States by The President of the United States (Abraham Lincoln) at Washington (the place of general rendezvous) on the day of 186, to serve for the term of The War (Civil War), from the date of enrolment unless sooner discharged; from the day of 186, (when) to the day of 186, The Company was organized by Capt. De Courcey at New York, in the month of April 1861, and marched thence to Washington, where it arrived the 20th of May, a distance of 220 miles. Active: May 20-June 7, 1861, to June 25, 1864. First Battle of Bull Run. Battle of Ball's Bluff. FINE THROUGHOUT WITH SOME FOLD LINE CONSERVATION, REPAIRS AND LIGHT YELLOWING. SOME CONSERVATION TAPE GLUE SHOW THROUGH. MORE RECENT LIGHT CLEAR TAPE ON SOME FOLDS. AN OLDER MORE ROBUST CONSERVATION AND REPAIR CLOTH TAPE WAS USED ON THE THE REVERSE FOLDS TO BE PROACTIVE IN PREVENTING ANY SPLITTING. QUALITY PAPER IS HOLDING UP VERY WELL FOR ITS 160 YEARS AND ITS SIZE. THE PRINTING AND THE FOUNTAIN PENNED WRITING ARE STILL STRONG. FLAT DIMENSIONS: 20 1/2" x 31". THIS IS NOT A COPY OR A REPRODUCTION. The item "ORIGINAL CIVIL WAR 82nd NEW YORK VOLUNTEER INFANTRY REGIMENT MUSTER ROLL c1861" is in sale since Monday, March 22, 2021.