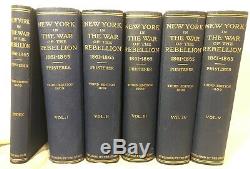 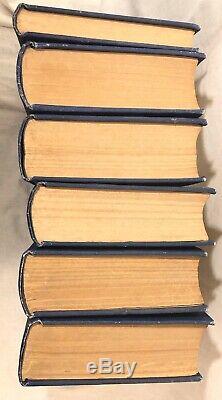 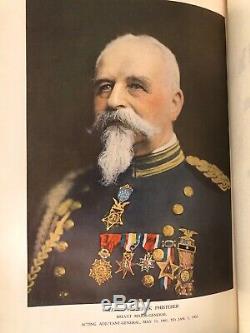 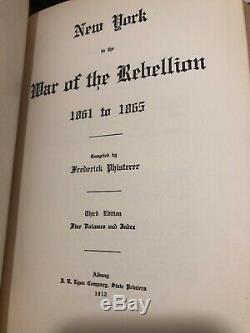 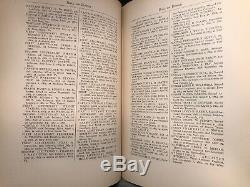 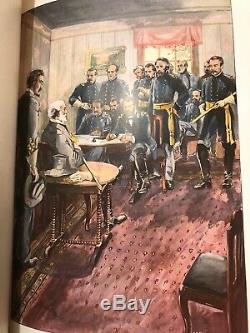 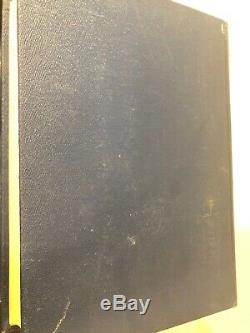 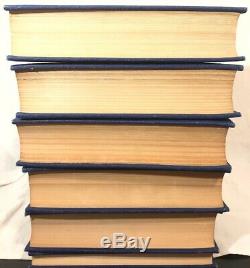 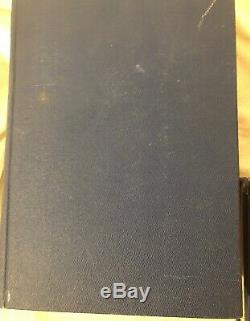 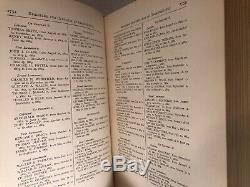 The following description (excluding the condition portion) was written by Steve, a fellow ebayer who was kind enough to let me use his description. Condition: this set is in surprisingly nice condition. The pages are just a bit yellowed from age, but not badly yellowed.

The outside covers and binding edge show the most wear as there is scuffing and shelf wear there. The page edge shows a darker yellowing than the inside individual pages.

Phisterer gives more detailed service data on each officer than is contained in the NY Adjutant General reports, the source of many online data bases, plus a whole lot more regimental engagements, casualty figures etc. The records of the officers follow the same format in general: a summary of where the regiment recruited, list of engagements and casualties, list of officers by company, list of officers receiving brevets, then an alphabetical list of all officers in the regiment with dates of enrollment, dates of commission and dates of muster, periods of service, who they were replacing, lists and date of promotions, wounding or death, etc. HERE IS A SUMMARY OF THE VOLUMES. Keep in mind, Phisterer lists officers only, but gives more information on them than the Adjutant General reports. Index 376 pages, lists of local designations and nicknames of units, indices of battles, subjects and names.

Story of the various calls for service upon men in the state, terms of service, organization, etc. Locations where units were recruited, statistical and numerical records, report and descriptions of flags of the different regiments deposited with the state at the end of the war, lists of officers receiving brevets, officers receiving medals of honor, NY officers who died in the service by regiment, both in NY regiments and units from other states and the US. Officers in Militia regiments called into US service, etc. Then starts regimental rosters with the cavalry regiments. Vol 4 2705- 3616 69th to 140th Infantry.