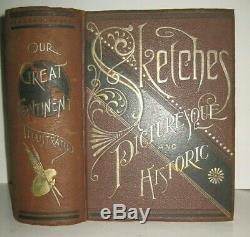 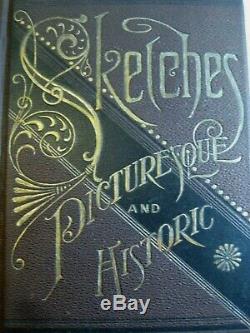 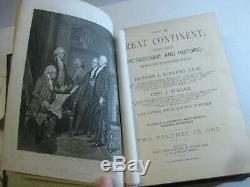 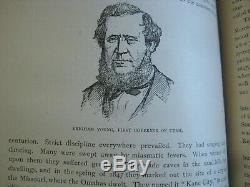 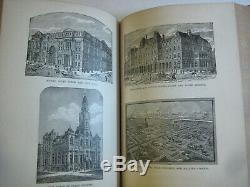 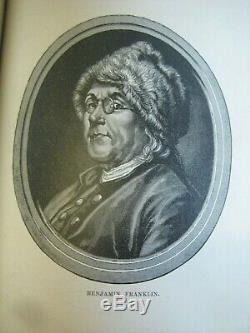 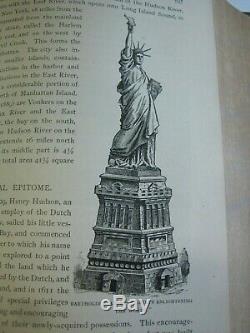 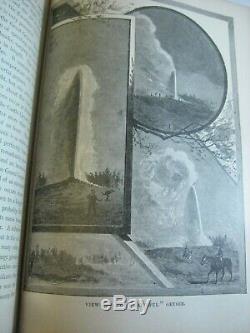 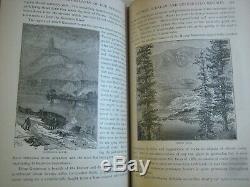 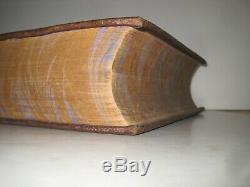 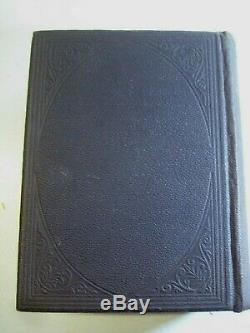 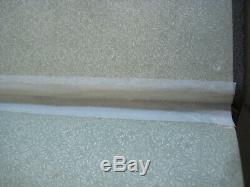 I ALWAYS HAVE a nice selection - - and PLEASE. To see my son's old books.

THE REVOLUTIONARY WAR: Opening of the War for Independence / The Attack at Lexington / The Battle of Concord / George Washington / John Hancock / Benjamin Franklin / Israel Putnam / Patrick Henry / Samuel Adams / Gathering of Troops / Aggressive Movements / Ticonderoga / Crown Point / Second Continental Congress / Arrival of British Troops / Battle of Bunker Hill / Washington Appointed Commander-in-Chief / British Evacuation of Boston / Protection of New York / The British Attack Charleston. INDEPENDENCE DECLARED: The Formal Declaration of Independence / Its Reception by the People / Hessian Troops / General Howe's Commission / Overtures of the British Rejected / Americans Retreat from Brooklyn / Battle of White Plains / A Dark Period / The Battles of Trenton & Princeton / French Aid to the Patriots / The Marquis de Lafayette / Various Encounters / Philadelphia Captured by the British / In the Northern Department / Indians Assist the British / Surrender of General Burgoyne / Renewed Overtures of Peace from England / Alliance of France and Spain with the Colonies / Valley Forge / Appearance of a French Fleet / Battle of Monmouth / Battle at Quaker Hill / The Wyoming Massacre / Cherry Valley / New Plan of Action / Along the Sea-coast / Various Battles / In the Western Wilderness / Punishment of the Six Nations / The Campaign at the South / On the High Seas / Disasters to the Patriots / Francis Marion / South Carolina Organized as a Royal Province / Progress of the Campaign in the South & North / The treachery of Arnold / Failure of his Treasonable Bargain / Sufferings of the Soldiers / Relief Granted by Congress / Robert Morris / Depredations by Arnold / Battles of Cowpens & Guilford Courthouse / Various Engagements / Massacre at Fort Griswold /The Battle of Yorktown / Surrender of the British. AFTER THE CONFLICT: The Close of the War / Treaties of Peace / Impoverished Condition of the Colonies / Commissioners / Proposition to Establish a Monarchy / Domestic Discontent / Retirement of Washington / Alexander Hamilton / Formation of the Constitution / Dissolution of the Continental Congress / The Territorial Government / Election of a President.

THE SECOND WAR FOR INDEPENDENCE: Opening of the War / Disasters on Land / Successes on the Sea / Re-Election of President Madison / American Victories in Canada and on Lake Erie / Varying Fortunes of War / British Depredations / The City of Washington Plundered / Negotiations for Peace / The Battle of New Orleans /Peace Restored. DOMESTIC AFFAIRS Algerine Pirates / Admission of Indiana / The United States Bank Chartered /Administration of James Monroe / Emigration to the West / New States & Territories / The Missouri Compromise / Re-election of President Monroe / Visit of Lafayette / Sketch of his Life / Election of John Quincy Adams as President / His Administration / The Erie Canal / Death of John Adams & Thomas Jefferson / The 50th Anniversary of Independence / Administration of Andrew Jackson / Removal of the Cherokee Indians /Veto of the Charter of the National Bank / The Black Hawk War / Secession Threatened by South Carolina / Business Panic / War with Indians in Florida / Order to collect Revenues in Coin / Admission of New States /Admin.

Of Martin Van Buren / Commercial Disaster / Violation of Neutrality Laws / Administration of Presidents Harrison & Tyler / Call for an Extra Session of Congress / Death of President Harrison /Succession of Vice-President Tyler / Legislation Relating to Commercial Affairs / Modification of the Tariff /Adoption of a State Constitution by Rhode Island / Texas Applies for Admission to the Union / Florida and Iowa become States / Administration of James K. Polk / Annexation of Texas / Settlement of the Northwestern Boundaries Dispute. THE MEXICAN WAR: Causes of the War / The Conquest of California / The Navajo Indians Subdued / Close of the Mexican War / Discovery of Gold in California / Election of General Taylor to the Presidency / Important Measures during the Administration of President Polk / Wisconsin Admitted to the Union. THE COMING STORM: Administration of Franklin Pierce / Difficulties / Dispute with Mexico / Establishment of Steamship Lines to Asia / Explorations of the Northwest / World's Fair in New York / Relations with Mexico /Central America and the Sandwich Islands / Renewed Discussion of the Slavery Question / More Trouble with Spain / Effort to Obtain Cuba / The Golden Circle / Treaties with Mexico and Great Britain / Invasion of Nicaragua / Indian Troubles / Difficulties with Great Britain / Formation of the Republican Party / The Know-Nothing Party / Exciting Political Canvass / Election of the Democratic Candidates.

THE CONTEST BEGUN: Administration of James Buchanan / Conflict in Kansas / Reign of Terror / The Dred Scott Decision / Continued Troubles in Kansas / The Southern Commercial Convention / Increase of the Slave Trade / Efforts to Restrict Slavery The Mormon War / Raid of John Brown / Various Political Nominations /Exciting Contest / Election of Abraham Lincoln to the Presidency / Continued Plottings of Treason / Efforts to Cripple the Government / Secession of South Carolina / The Example Followed by other States / Organization of the Confederate Government / A Peace Convention / Loyalty of General Scott. THE CIVIL WAR: Administration of Abraham Lincoln / Surrounded by Difficulties / Condition of the Army & the Navy / Attack upon Fort Sumter / The Civil War Inaugurated / A Great Uprising / Bloodshed in Baltimore /Condition of the Opposing Forces / The Battle of Bull Run / The North Aroused / General McClellan / The Confederate Capital Changed from Montgomery to Richmond / General Lee / "Stonewall" Jackson / Review of the Events of 1861 / The Campaign of 1862 / The Merrimac & Monitor / Extreme Caution of General McClellan / In the Valley of the Mississippi / In other Sections / Battle of Antietam / General McClellan Superseded /Battles. THE EMANCIPATION PROCLAMATION: Emancipation a Necessity / Confederate Privateers / The Course of Great Britain / Military Operations of 1863 / In the Mississippi Valley / The Capture of Vicksburg / In the East /The Battle of Gettysburg / The Draft Riots / Military Movements in Virginia / In Tennessee / In other Sections / Financial Condition of the Union and of the Confederacy / Military Operations of 1864 / Commission of General Grant as Commander-in-Chief of the Union Forces / Reverses at the South / Heavy Fighting in Virginia / In the Shenandoah Valley / Sherman's March to the Sea / In other States / Privateers / The Port of Mobile closed / Re-nomination of President Lincoln / Nomination of General McClellan for President / Re-election of President Lincoln / Closing Events of the War / The Capture of Richmond / Surrender of General Lee / Assassination of President Lincoln / Succession of Andrew Johnson to the Presidency / Surrender of General Johnston / General Grant's Farewell Address / Review of the Union Army / The Army Disbanded. REORGANIZATION AND PROGRESS : Amendments to the Constitution / Removal of Commercial Restrictions / State Conventions / Conflict between the President and Congress / The French in Mexico / Effort to Impeach President Johnson / Admission of Nebraska to the Union / Result of the Trial of the President / Adoption of the 14th Amendment to the Constitution / Treaty with China / Election of General Grant as President /Administration of President Grant / Completion of the Work of Re-construction / Passage of a General Amnesty Bill by Congress / Completion of a Railroad across the Continent / Insurrection in Cuba / Fenian Invasion of Canada / Effort to Annex Haiti into the United States / Survey for an Inter-oceanic Canal at Isthmus of Darien / Destructive Fires in Chicago & Boston / The Alabama Claims / Establishment of the National Signal Service / Abolition of the Franking Privilege / Presidential Nominations / Re-election Of General Grant /Mormon Troubles / Difficulties with Indians / Admission of Colorado as a State /Political Events.

THE CENTENNIAL EXHIBITION: A Great Success /The Presidential Election / Appointment of the Electoral Commission / R. Hayes Declared the President Elect. / Administration of President Hayes / Political Measures / Exodus of Negroes from Southern States / Resumption of Specie Payments / War with the Ute Indians / The Inter-oceanic Canal Scheme Revived / Presidential Nominations / Election of James Garfield / Administration of President Garfield / Deadlock in the Senate / Resignation of the Senators from New York /Relations with Foreign Countries / Assassination of President Garfield / Succession of Chester A. Arthur to the Presidency / Administration of President Arthur / Special Session of the Senate / Appointment of Cabinet Officers / Centennial Celebration of the Surrender of Cornwallis / Trial & Execution of Guiteau, the Assassin of President Garfield. IMPORTANT EVENTS: National Conventions / Presidential Campaign and Election / Relief of Lieutenant Greely's Exploring Party in Arctic Regions / Wreck of the Steamship Jeanette / The Bartholdi Statue / The Tehuantepec Canal Project / Failure of a Treaty with Spain / The President's Message / World's Fair at New Orleans / Completion of the Washington Monument / Reduction of the National Debt / General Grant placed on the Retired list of the Army / Succession of Grover Cleveland to the Presidency / Events of his Administration /Rebellion at Panama / Trouble with Indian Tribes / Death of General Grant / Great Strike of the Knights of Labor on the Southwestern Railroads / Death of Archbishop McCloskey, General McClellan, and Vice President Hendricks / The 49th Congress / Conspiracy in San Francisco / The Cherokee Indians / The Anti-Polygamy Bill / Land Claims of the Northern Pacific Railroad Company / Presidential Succession Act / Opposition to the Chinese in California / Riot at East St. Louis / Anarchist Riot in Chicago / Marriage of President Cleveland /Veto of Pension Bills / Fisheries Dispute with Canada / Destructive Earthquake at Charleston. THE PROGRESS OF AFFAIRS: The Republican Anti-Saloon League Formed / Unveiling of the Bartholdi Statue in New York Harbor / Death of ex-President Arthur / The Maritime Canal Company / Department of Agriculture & Labor / The Inter State Commerce Act / Centennial Celebration of Adoption of the National Constitution at Philadelphia / The 50th Congress The President's Message / Nomination of Lamar as Justice of the Supreme Court / Strike of Miners in Schuylkill Coal Regions / The "Mills Bill" / Death of the Emperor of Germany / The Great Blizzard / Death of Chief-Justice Waite & Appointment of M. Fuller as his Successor /Relations with China / Death of General Sheridan / The Political Conventions / Re-union of Northern and Southern Soldiers at Gettysburg / Yellow-Fever at Jacksonville / Dismission of the British Mini/ Presidential Election / The President's Message / New States Created. OUR NATIONAL PROGRESS: At the Close of the War / Condition of the South / Industries Paralyzed / Cotton Grown by Free Labor / Industries of the North / Depreciation of Values / Return of Confidence / Effect of the Centennial Exposition / Reduction of the Public Debt / The Feeling of the South /Cotton Exposition at Atlanta /Immigration / Wonderful Inventions / The Demands of the Hour.

I do believe the gilt on the front cover may have been touched up. The back cover is blind-stamped with a border design, but no gilt - & it looks very good. Marble on the edge of the textblock is starting to fade. Tips and spine ends in great condition. It does have its title page. Pages are ALL very clean, except the free endpapers which are spotted, and a few spots to the frontis, only a handful of other very, very, tiny spots. No rips or writing that I saw. 1 wee tip folded plus apx 10 wee-tips bumped. One very, very tiny chip to the gutter of the rear free endpaper -flowered one covered by the tape in the last picture. Front inner hinge is very good - rear is taped [see last picture].

A MUST HAVE FOR ANY AMERICAN LIBRARY! Add me to your Favorites list.

AND check back now and then to see what's new! Otherwise I can't send you a new invoice.

T can take up to 14 days to get back East [rare, but it does happen] I use. This book is very old and. May have accumulated bad smells along the way [musty basement/ mildew/ smoke]. Dryer sheets in them for a few months makes a world of difference! My nose doesn't work like it use to.

So the old book smell doesn't bother me. As far as I can tell -this books smell fine. The item "HISTORY of AMERICA REVOLUTION CIVIL WAR WITCHES PIRATES INDIANS SOLD @ $619" is in sale since Monday, May 4, 2020. This item is in the category "Antiques\Manuscripts". The seller is "craminn" and is located in Sherwood, Oregon. This item can be shipped to United States.