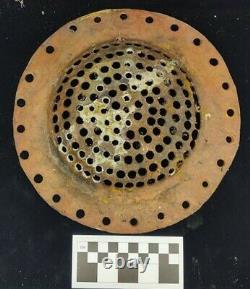 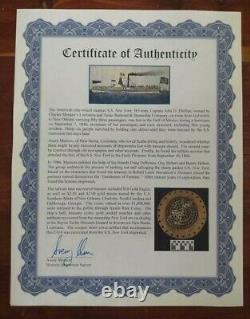 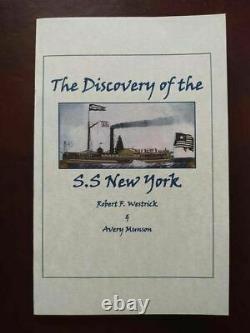 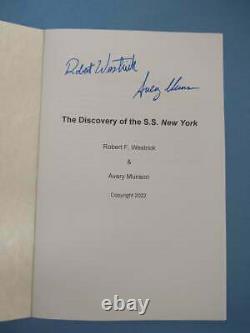 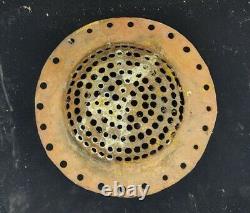 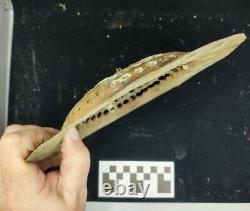 New York , 365-tons, Captain John D. Phillips, owned by Charles Morgans Louisiana and Texas Railroad & Steamship Company, en route from Galveston to New Orleans carrying fifty-three passengers, was lost in the Gulf of Mexico during a hurricane on September 7, 1846; seventeen of her passengers and crew drowned, including five young children. Thirty-six people survived by holding onto debris until they were rescued by the S. Galveston , Captain Wright, two days later. Todd, was a passenger and one of the survivors.

He later wrote a narrative for the editor of the New Orleans Bulletin. At about 10 oclock at night, I was lying in my berth in one of the after state-rooms on the larboard side, and observed the quarter boat, expecting it to be carried away every moment, when sure enough, the after davit parted; some of the hands were called, and every effort made to save the boat.

As we had a tremendous sea running, and she was bringing with us a surge, I told the men, after they had made several attempts to secure it, to cut away the forward sails and let it go adrift as the boat was doubtless stove. They however hoisted up the after part of the boat, and while securing it, we were struck with a heavy sea which carried away the boat and took away a portion of our bulwarks. Captain Phillips told the passengers that they must work together and had but one chance to save their lives. Everyone took a turn manning the pumps or bailing with buckets in a desperate attempt to keep the. Many of the passengers were reluctant to go below deck to pass the buckets up the cabin hatchway since there was about two feet of water in the lower cabin.

Captain Todd, fought alongside the others. Coming on deck shortly after, I was surprised to see such destruction; the sea was making at times a clean breach over the vessel; the larboard wheel-house and nearly all the bulkheads forward were gone, and the remainder tottering. I got a rope and took a turn with it round the arch brace, and held on to prevent myself from being washed overboard. The boat had settled down very much on her larboard sideThe passengers now assembled on the promenade deck.

I saw Captain Phillips and remarked to him, that if I could get a bottle I would write a few lines, and cork them up and throw it overboard. He replied, Thats well, for none of us will ever be seen again. She originally served as a steam packet operating primarily between the cities of New Orleans and Galveston until the United States government chartered her to transport troops to the U.

Army depot at Brazos St. Iago in south Texas on April 29. She completed several additional military charters before her loss.

Avery Munson, of New Iberia, Louisiana, who loved Scuba diving and history, wondered whether there might be any historical accounts of shipwrecks lost with treasure aboard. For several years he combed through old newspaper and other accounts.

Finally, he found the telltale account of the loss of the S. In 1986, Munson enlisted the help of his friends Craig DeRouen, Guy Hebert and Renée Hebert. The group undertook the process of seeking out and salvaging the steam packet S. Based on the characters that found the treasure in Robert Louis Stevensons Treasure Island the partners named themselves the Gentlemen of Fortune. After sixteen years of exploration they found the shipwreck.

In 1996, the wreck was located off High Island, Texas by a south Louisiana oil field worker and amateur diver, after a five-year search. As unlikely as it seems, the man used his fish finder and research gained from local shrimpers to find the exact location of the wreck. He hired a salvage company to remove sand from the hull, in the hope of finding gold and silver, which had been reported lost on the steamer. Fortunately, the man also had an appreciation of the historical importance of his discovery and resisted the salvage contractors recommendation to use a clamshell on the wreck site. Ultimately, a large section of the wooden-hull was exposed, but virtually no artifacts were recovered. The few items that were recovered included an 1827 King George IV gold sovereign, a mortising machine patented in 1836, and two silver U. Half dollars minted in 1843. The discovery was brought to the attention of archaeologists working for the Mineral Management Service, (MMS) in 1997.

During the summers of 1997 and 1998, the MMS scientific dive team made a brief reconnaissance on the New York , but no additional coins were found. In addition to diving, the MMS conducted a magnetometer survey of the area to determine the extent of the debris field and preserve the wreck from any possible disturbance from any oil and gas exploration/production activities. Finally, in 2007, the remains of the New York were explored once again by the original discoverers in a full-scale salvage operation. Craig De Rouen, Avery Munson and Renée Hebert obtained rights to the shipwreck from a federal court, including ownership of any coins that might be recovered.

The wreck ultimately yielded and incredible treasure hoard including some of the earliest and rarest gold coins struck in the little-known southern branches of the U. Coin experts reported that the discovery included some of the finest known Pre-Civil War. Half eagles and quarters in existence. Some of the coins were struck from gold mined during Americas first Gold Rush in the Blue Ridge Mountains in North Carolina in 1803 and the next in the Cherokee Hills of Georgia in 1828. Since gold resist the corrosive effects of salt water, the vast majority of the coins were well preserved, some were found in high mint state condition. The ships bell, treasure coins, gold pocket watches and other artifacts recovered from the steamship New York are on display at the Bayou Teche Museum located in downtown New Iberia, Louisiana. Bowers or The New York and the Josephine : Two Steamships of the Charles Morgan Line, in the International Journal of Nautical Archaeology , by Jack Irion and David Ball, 2001.

It was legally recovered by the salvors. It is a genuine and authentic 164-year old artifact from the S. It comes with a Certificate of Authenticity (COA) signed by Avery Munson, the salvor who discovered this shipwreck. The item "Historic Artifact from Treasure Ship S. New York 1846 Shipwreck with signed COA" is in sale since Sunday, October 3, 2021.

This item is in the category "Antiques\Maritime\Other Maritime Antiques". The seller is "bellebrady_12" and is located in New Iberia, Louisiana.