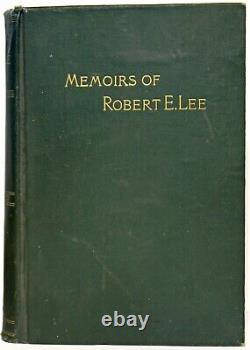 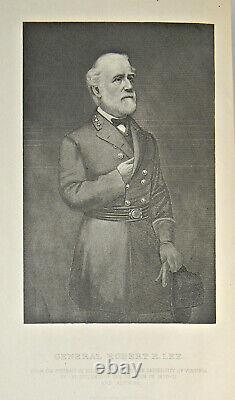 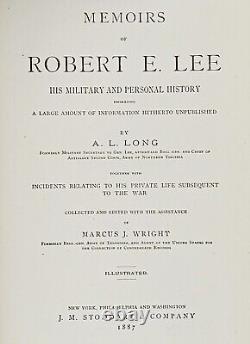 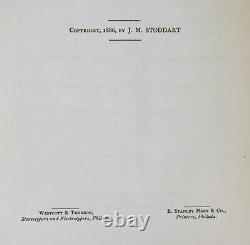 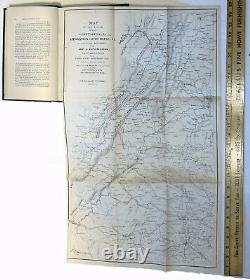 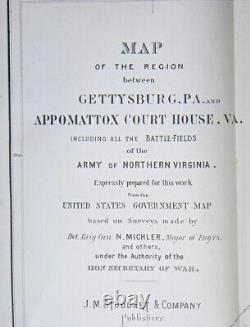 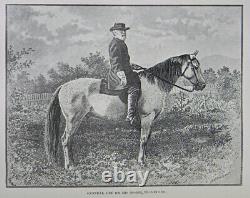 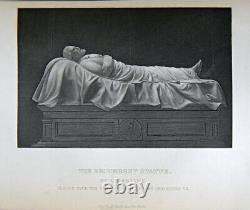 T his sale is for an original 1887 EDITION of the MEMOIRS OF ROBERT E. YOU'LL LOVE THIS BOOK!!

O ne of the most difficult to obtain of all Civil War generals memoirs , it is filled with 707 very informative pages of the detailed history of the Gen. Lee's military, and personal life, as told by Gen. Lee's Military Secretary, Colonel Armistead Lindsay Long.

This book is not only a history of the War, but also a statement of personal knowledge of CSA General Lee's life, actions, and character. It is beautifully illustrated with LOTS OF ILLUSTRATIONS!

And contains several DETAILED MAPS!! One of them is an impressive 16" x 28" FOLD-OUT MAP!!! It shows the region between Gettysburg, PA. And Appomattox Court House, VA. Including all the battle-fields of the Army of Northern Virginia.

If you are interested in the life of Confederate General Robert E. Lee before, during, and after the War, you should read this book! W hen Lee was given command of the Army of Northern Virginia, A. Long was appointed military secretary with the rank of colonel. During the subsequent campaigns he rendered valuable service upon the field, especially in posting and securing the artillery. His efficiency in the disposition of artillery was particularly shown upon the fields of Fredericksburg, Chancellorsville and Gettysburg. In September, 1862, he was promoted brigadier-general and assigned to the duty of chief of artillery of the Second corps of the army. He was actively engaged during the Bristoe and Mine Run campaigns, and throughout the severe fighting of 1864 managed his artillery with vigor and unfailing judgment, sharing the battles of Ewell's corps until disabled by illness. He also organized the artillery which accompanied Early in his campaign against Washington. Throughout the disasters which befell Early's army in the Shenandoah valley, subsequently, his artillery corps behaved with a steadfast gallantry and unfaltering courage that elicited the unbounded praise of the lieutenant-general commanding.

General Long was with the Shenandoah army at the final disaster at Waynesboro and afterward accompanied Gordon's corps in the withdrawal from Richmond, participated in its engagements in April, 1865, and finally was surrendered and paroled at Appomattox. After the War closed he was appointed chief engineer of the James River & Kanawha canal company.

Soon afterward he lost his eye-sight by reason of exposure during his campaigns. He then removed to Charlottesville, where he passed the last twenty years of his life in total darkness. During this period his active mind was much employed in recalling the incidents of the war, and it was then that he wrote the.

A model of biographical history, containing a very clear and most intelligent account of the military operations of the Army of Northern Virginia. This book was originally published in 1886. By reason of his infirmity he was compelled to use a slate prepared for the use of the blind, and to depend on members of his family and on friends for much assistance. Under all these disadvantages he worked along uncomplainingly, drawing his interest and delight from what was most pleasant in his past life, cheerful, and always with placid courage looking forward to the end of his sad but honored career. 16 X 28 MAP OF GETTYSBURG.

Please see our other books too! This item is in the category "Books & Magazines\Antiquarian & Collectible". The seller is "rebel_soldier" and is located in this country: US. This item can be shipped worldwide.