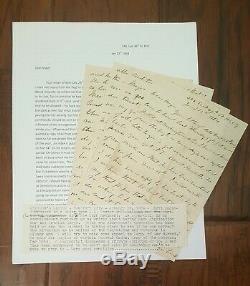 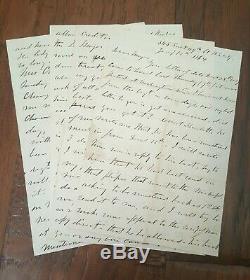 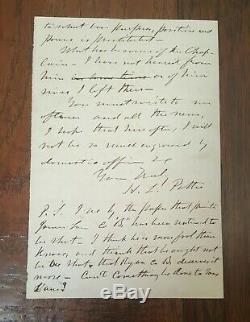 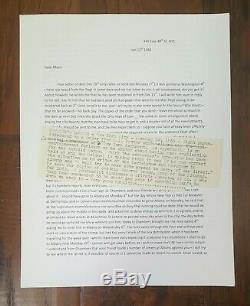 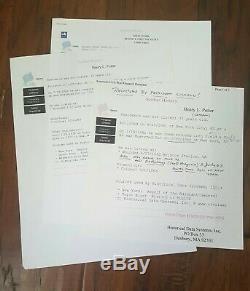 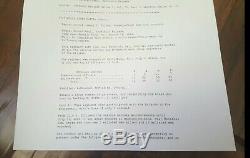 Offered here is an original handwritten four page (eight total counting front and back) letter written by Colonel Henry Langdon Potter of the 71st New York Regiment. Potter, along with George B Hall raised the 71st. He was wounded three times during the war, the first time at Fair Oaks in June 1862, the second at near Bristoe Station in August 1862, and the third time along the Emmitsburg Road at Gettysburg on July 2, 1863 where he was in command of the regiment. A few months after Gettysburg he was declared unfit for field duty by a surgeon. He was dismissed from the service in December 1863, usually a a punitive measure but this was later revoked and he received an honorable discharge effective July 30th 1864.

The wound he received at Bristoe Station shattered the bones in his left wrist leaving his wrist unflexible and his fingers unmovable. Potter was an interesting character. He was court-martialed in March 1862 and the story of this is told in Thomas P. Lowry's excellent "Curmudgeons Drunkards, and Outright Fools" a thoroughly researched book (and one I highly recommend) that details the court-martials of forty nine Union Colonels during the war. Here is a brief excerpt from the chapter about Potter: "The first charge, "conduct prejudicial to good order and military discipline contains such misbehavior as permitting his quarters to be the scene of excessive drinking, being in an altercation with his own officers, issuing improper orders, being unable to commend, breaking arrest, causing a riot and bloodshed, calling a subordinate a God-damned whorehouse pimp, and assaulting a sergeant with his sword.

At the end Potter was convicted of some of the charges and was sentenced to be suspended from command for fifteen days, to receive no pay for thirty days, and to be reprimanded by General Orders. In 1869 General Joseph Hooker (apparently in a pension recommendation) described Potter as a gallant and meritorious officer... His wounds eventually troubled him all of his life and became debilitating but he lived to the age of 79 and died in 1907. The letter was written from New York City in January 1864. You can read a brief summary of the contents in one of the pictures included in my listing.