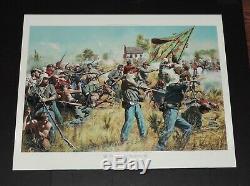 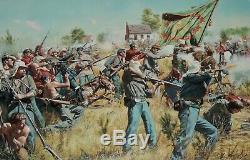 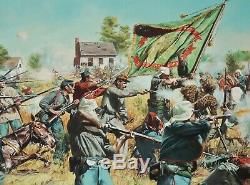 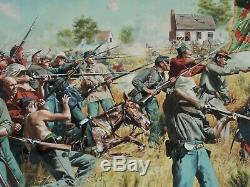 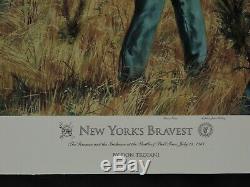 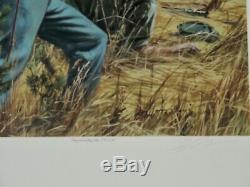 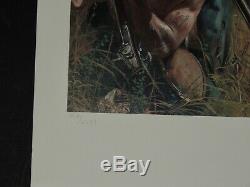 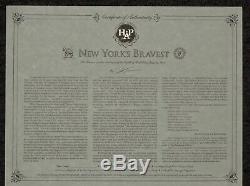 (Battle of Bull Run - July 21, 1861). (WE ARE AN AUTHORIZED DON TROIANI GALLERY). It was the first major contest in what was supposed to be a short war. The conflict between the Union and Confederate armies got underway on the steamy morning of July 21, 1861, near Manassas Junction, Virginia, with a Northern assault that seemed to foretell a Union victory. However, throughout the morning Southerners fought desperately against the onslaught in what one called "a whirlwind of bullets" and bought precious time that enabled reinforcements to reach the field. As the summer sun rose into the afternoon, the Union victory was in doubt despite the valor of its untested troops.

Among the units badly bloodied that day was the colorful 11th New York Volunteers---made up of firemen from the City of New York---whose legendary commander, Elmer Ellsworth, had been killed just weeks before. Now under the command of Col. Noah Lane Farnham, the unit fought doggedly for hours in the heat and dust, even fending off a charge of cavalry commanded by J. But with casualties of almost 425 killed, wounded and missing, the Fire Zouaves were finally forced back.

Among the mortally wounded was Farnham, who was assisted off the field by Capt. Jack Wildey and some of his men. Returning to the fight, Wildey and his band of firemen fell in with their comrades from the 69th New York, a solidly Irish regiment who were likewise in desperate straits. The firemen and Irishmen from the city fought bravely side by side to stem the Confederate tide.

At one point, as the Southerners overwhelmed the 69th's color guard and seized its magnificent green regimental flag, the firemen, with Captain Wildey in the lead, rushed forward and saved it from capture. No regiments fought with more courage at First Bull Run than the Fire Zouaves and their brethren from the 69th New York. That courage 140 years ago reflects the bravery which the men of the New York Fire Department are renowned for to this day. Don Troiani's latest limited edition print, New York's Bravest, captures this moment of heroism as the Firemen and Irishmen gave their full measure in one of the Civil War's most controversial battles.

The scene is painted with meticulous, authentic detail: Wildey with his pistol, the 69th New York's emerald colors, even the red shirts and fire department badges worn by some of the zouaves. As always, Troiani gives us an image of vitality and emotion filled with historic truth. It is a worthy salute to the valiant firemen of New York.

This is a beautiful collectible limited-edition Print. Hand Signed & Numbered Personally By Don Troiani. The Image Size Is About -- 29 1/2 x 20. Comes with the original certificate of authenticity, and Don's usual historical details of the moment in time. Located In New Bern, North Carolina.