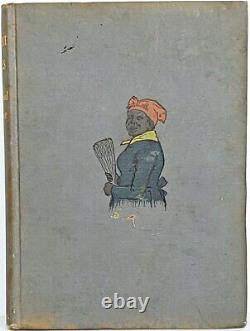 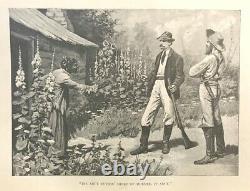 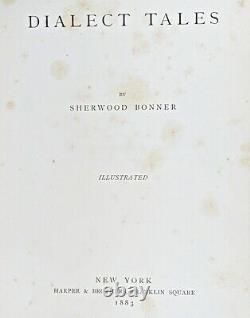 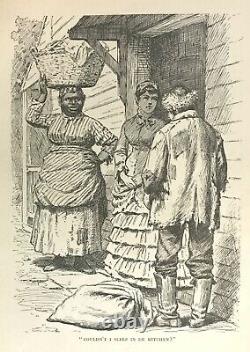 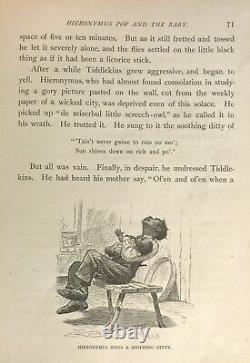 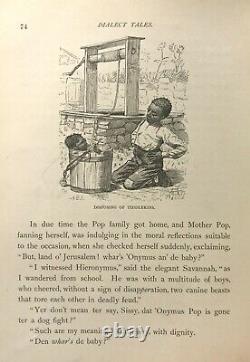 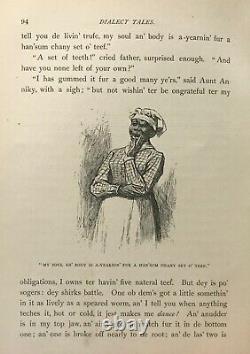 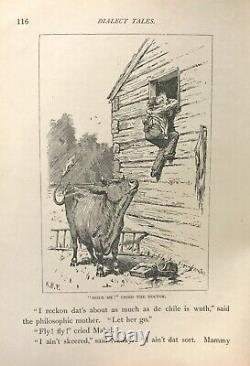 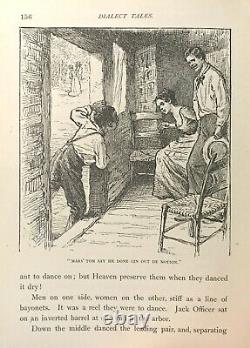 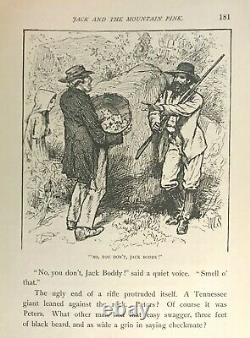 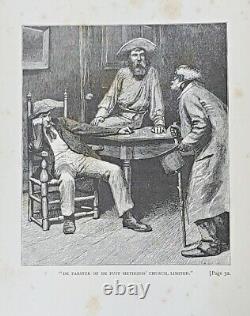 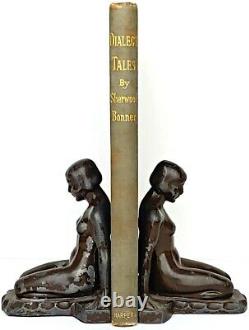 T his sale is for an original 1883 FIRST EDITION of " DIALECT TALES " written by Sherwood Bonner. YOU'LL LOVE THIS BOOK!!

This work includes 11 short stories, written and compiled by Katherine Sherwood Bonner McDowell, who wrote under the pen name Sherwood Bonner. The stories include titles like, "The Gentlemen of Sarsar, " "Hieronymus Pop and the Baby, " and Sister Weeden's Prayer. Each of these stories were made popular by the author's adept command of writing authentic sounding dialect.

Sherwood Bonner (1849 - 1883). Sherwood Bonner was born in 1849 in Holly Springs, Mississippi, to a wealthy family. She witnessed the Civil War with a front row seat as Confederate troops occupied her town, commandeering local homes, including hers. After her mother's death, Bonner and her siblings were raised by their father, aunt, and the family's black "Grandmammy, " Molly. These circumstances would later shape her as a writer.

Bonner married Edward McDowell in February 1871, and welcomed their daughter Lilian the following December. As a secretary for the likes of writer/publisher Nahum Capen and renown poet Henry Wadsworth Longfellow, she gained entrance into the city's literary circles. She discovered a marketable voice with a series of southern-slanted reports about Boston written for the Memphis Avalanche. This opened the door for her to gain notoriety with satiric poems, short fiction, and nonfiction placed in respected periodicals. Her "Grandmammy Tales, " five affectionate short memoirs featuring Molly's character and voice, helped to launch the popular genre of black-dialect fiction.

Although she wrote two evocative historical essays describing wartime events in Holly Springs, and in 1878 published an unconventional Reconstruction novel, "Like unto Like, " she found that local-color fiction was a more profitable focus. She wrote Tennessee mountain stories as well as other tales depicting realistic characters and dialects from southern Illinois, diversifying her skill for capturing dialects in writing. Eventually, she obtained a divorce from McDowell, and brought her aunt and daughter to live with her in Boston.

She selected these stories for "Dialect Tales" for their popularity, hoping to provide a financial legacy for her 12-year-old daughter. Sherwood Bonner's literary reputation remains linked to her local-color and black-dialect fiction, noted for its humor and her exceptional skill for depicting the unique speech patterns of various regions of the south. P ublished in 1883 , this book is in GOOD+ CONDITION!!! For its age and especially to be 137 YEARS OLD!!!

And overall firmly bound with NO TEARS! This book measures 6 3/4" X 9" and is complete with 190 pages, including a list of Interesting and Popular Books Depicting Southern Life and Character. GET IT WHILE YOU CAN!!

Please see our other books too! The item "DIALECT TALES Southern Black Americana MISSISSIPPI PLANTATION Civil War Slavery" is in sale since Thursday, December 17, 2020. This item is in the category "Books\Antiquarian & Collectible". The seller is "rebel_soldier" and is located in Cameron, North Carolina. This item can be shipped worldwide.