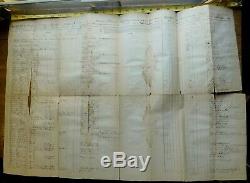 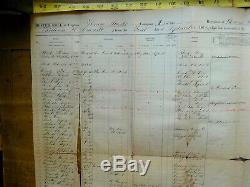 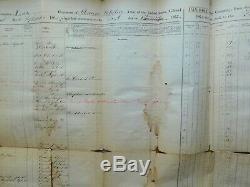 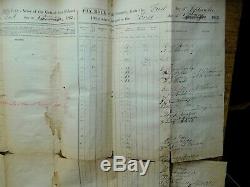 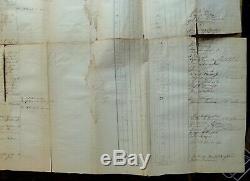 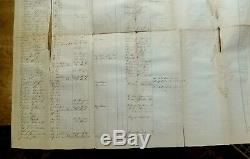 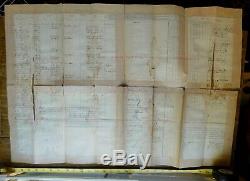 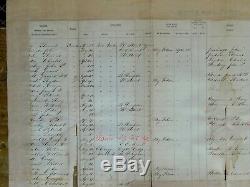 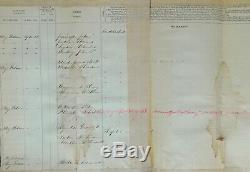 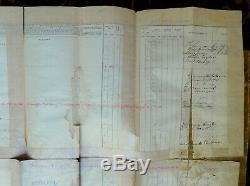 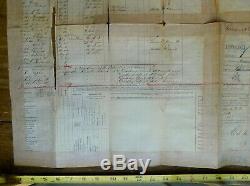 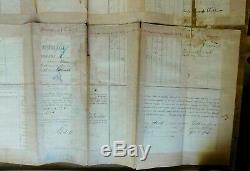 New York marine artillery company. Header reads in part MUSTER ROLL of Captain Henry Street's Company I of the (blank) Regiment of Marine Artillery, United States Army Col William A. Howard, from the first day of September 1862 when last mustered, to the First day of January 1863. Lists the names of about 100 soldiers, including some that were on detached service, one on gunboat Pioneer , some in hospital, discharged, etc.

Company stationed at the time in North Carolina. Roanoke Island and other places mentioned. Some edge roughage, and some tears along the creases.

Howard Henry Street" is in sale since Thursday, August 20, 2020. This item is in the category "Collectibles\Militaria\Civil War (1861-65)\Original Period Items\Documents".