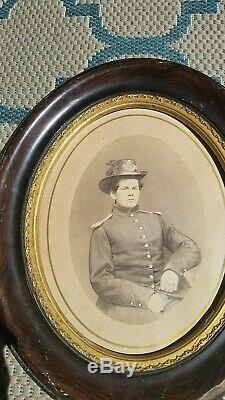 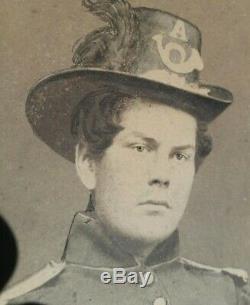 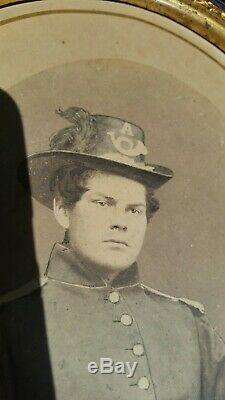 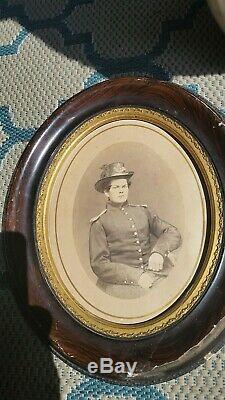 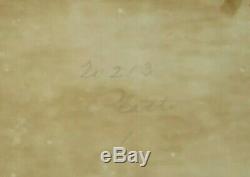 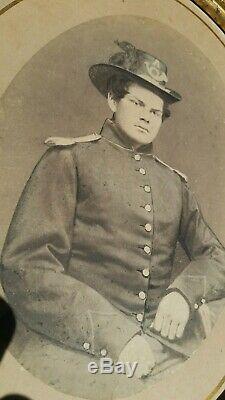 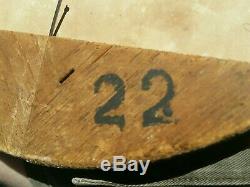 20TH NEW YORK MILITIA, 35TH NEW YORK MILITIA, 80TH NEW YORK INFANTRY. Civil War albumen is 8" × 10" with a total of 12 1/4" × 14 1/4" in the frame. On the back of the photograph it is written in pencil: Brodwick Platt cousin of Roderick Platt. Also written by the photographer : #213 Platt #1. Platt served in the 80th New York Infantry known as the 20th NYS Militia, as a private. Comes in its original frame. There is no glass with the frame. Mustered out: August 2, 1861 Mustered in: September 20 to October 20,1861 Mustered out: January 29, 1866. The following is taken from New York in the War of the Rebellion, 3rd ed. On the return of the 20th Militia from its three months' service, Col. Pratt received authority to reorganize it at Kingston as a regiment of volunteers, and it was mustered in the service of the United States for three years between September 20 and October 20, 1861. December 7, 1861, it received its State numerical designation, and May 24, 1863, the three years' men of the 35th Infantry.

At the expiration of its term of service the men entitled thereto were mustered out and the regiment retained in service. November 6, 1864, a new company joined the regiment, taking the letter I. The companies were recruited principally in Ulster county; quite a number of men from the neighboring counties joined the regiment, however, and the men enlisted for James A.

The seller is "30odd6-56" and is located in Shirley, New York. This item can be shipped to United States.