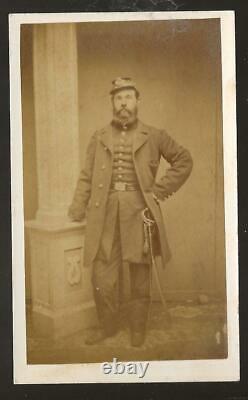 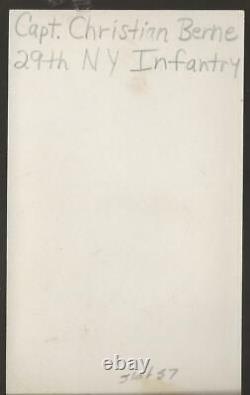 CDV of Captain Christian Berne 29th NYVI served 5/61-6/62 rising to Captain. The following is taken from New York in the War of the Rebellion, 3rd ed. Betge received authority from the War Department, July 22, 1861, to recruit a regiment of infantry. The regiment was organized in New York City and there mustered in the service of the United States for three years, between August 1 and 20, 1861.

This item is in the category "Collectibles\Militaria\Civil War (1861-65)\Original Period Items\Photographs". The seller is "civil_war_photos" and is located in this country: US.