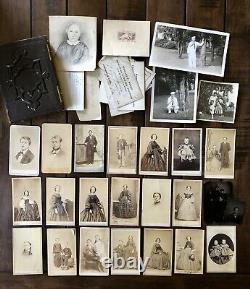 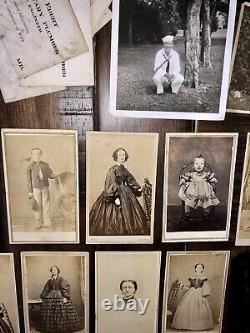 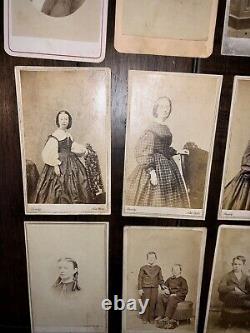 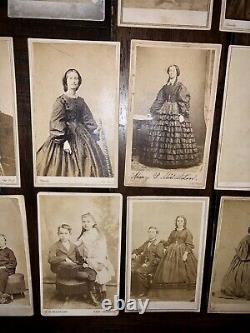 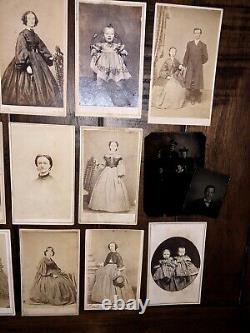 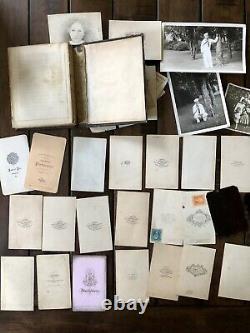 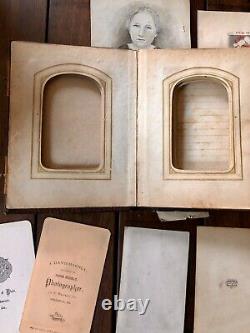 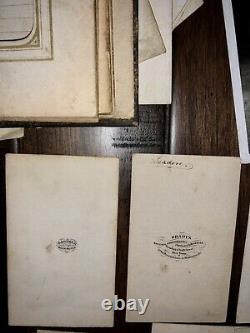 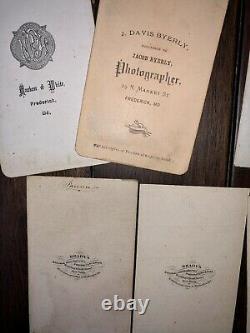 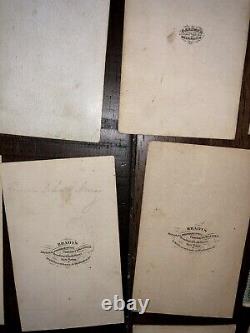 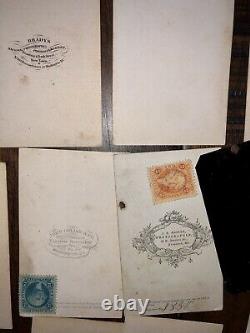 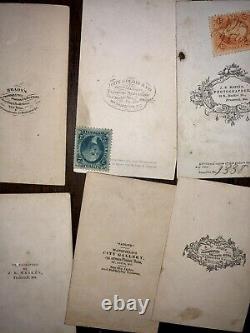 Several of the Middleton sisters are identified: Francis, Mary, Isadore, and Jessie... 10 double-sided pages, 20 CDVs, 2 tintypes, and miscellaneous items in the back, including circa 1890s/1900 business cards, snapshot photos, and an original drawing of a woman (possibly Robert's wife, Ann). The 20 CDVs have been placed back into the album after being photographed, the two tintypes and rest of the items have been placed behind the back page of the album. FIVE of the 20 CDVs were photographed by Brady's (Mathew Brady) studio in New York, one was taken by Alexander Gardner, Washington, D. Album is missing its clasps and the spine is pulling away, but has all of its pages.

The item "Brady & Gardner Photos New York, Washington DC Antique Civil War Era Album +" is in sale since Monday, February 15, 2021. This item is in the category "Collectibles\Photographic Images\Vintage & Antique (Pre-1940)\Photo Albums". The seller is "jack_mord" and is located in Woodinville, Washington. This item can be shipped worldwide.