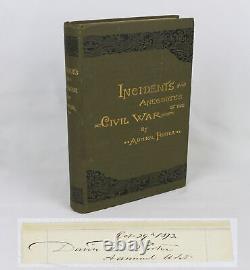 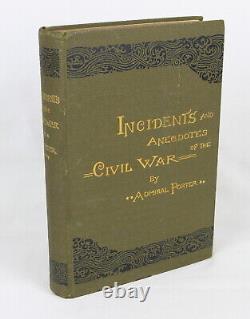 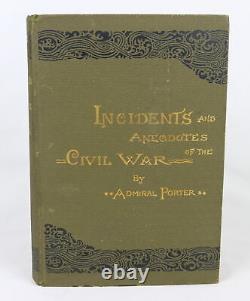 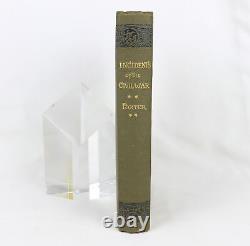 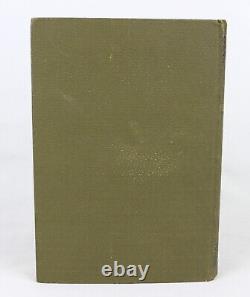 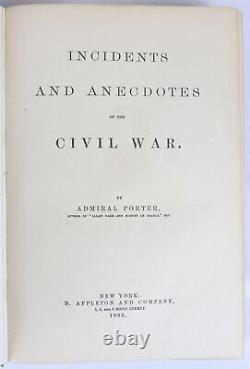 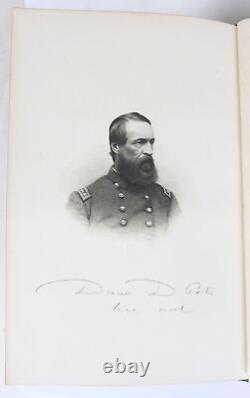 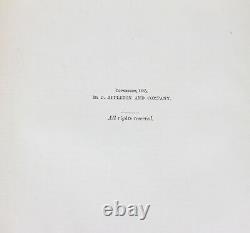 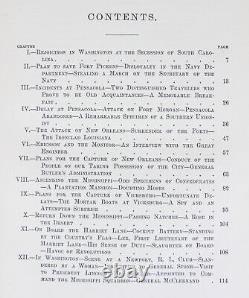 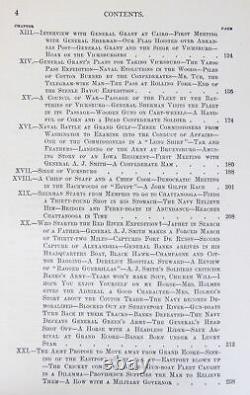 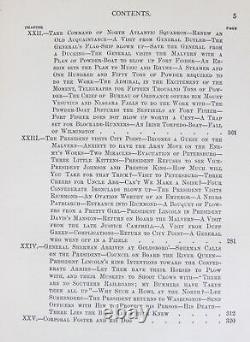 Tight and square binding; pages very clean; covers clean; very little wear to covers; one of the best available on the market, most would grade it Near Fine. A beautiful example of an important title by the Civil War Admiral, very scarce, especially with signature. David Dixon Porter (June 8, 1813 - February 13, 1891) was a United States Navy admiral and a member of one of the most distinguished families in the history of the U. Promoted as the second U. Navy officer ever to attain the rank of admiral, after his adoptive brother David G. Farragut, Porter helped improve the Navy as the Superintendent of the U. Naval Academy after significant service in the American Civil War. Porter began naval service as a midshipman at the age of 10 years under his father, Commodore David Porter, on the frigate USS John Adams. For the remainder of his life, he was associated with the sea.

Porter served in the Mexican War in the attack on the fort at the City of Vera Cruz. At the outbreak of the Civil War, he was part of a plan to hold Fort Pickens, near Pensacola, Florida, for the Union; its execution disrupted the effort to relieve the garrison at Fort Sumter, leading to Sumter's fall. Porter commanded an independent flotilla of mortar boats at the capture of New Orleans. Later, he was advanced to the rank of (acting) rear admiral in command of the Mississippi River Squadron, which cooperated with the army under Major General Ulysses S.

Grant in the Vicksburg Campaign. After the fall of Vicksburg, he led the naval forces in the difficult Red River Campaign in Louisiana. Late in 1864, Porter was transferred from the interior to the Atlantic coast, where he led the U.

Navy in the joint assaults on Fort Fisher, the final significant naval action of the war. Very Good+ / No Jacket. We offer rare and important books from Literary Classics and Children's Books to Americana and Civil War.

Over the years we've had many of the great landmarks of literature as well as thousands of other interesting and collectible books in all categories. If you are looking for a book we don't have listed right now feel free to reach out and you'll be the first to know when we list the titles you're looking for. We're also available to answer questions about our books or provide additional photos. All dust jackets are placed in clear mylar protective covers to preserve them for your collection. All books are guaranteed to be as described. We have been in the field for almost 20 years and have a depth of knowledge in the identification of first editions and the authentication of signatures. Every signature is guaranteed to be authentic and every first edition is guaranteed to be the first edition. In addition, every package is insured at it's full value. Check out our other listings. For more interesting and collectible books. This listing was created by Bibliopolis.