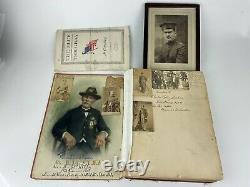 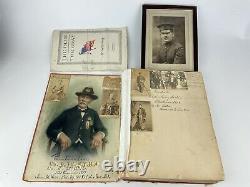 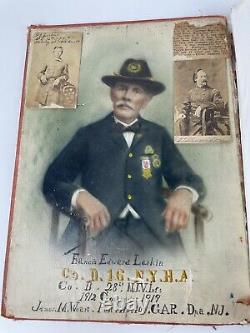 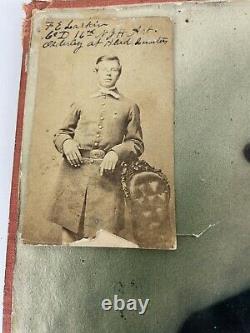 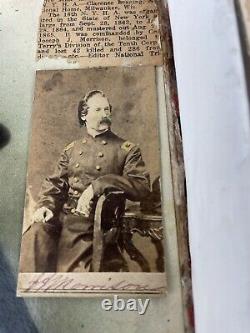 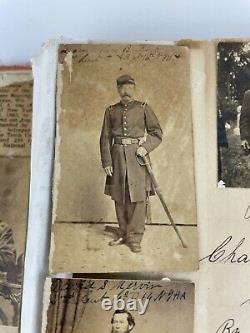 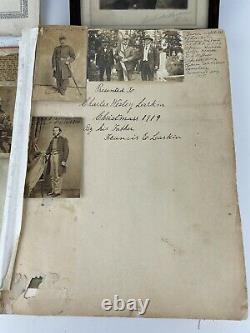 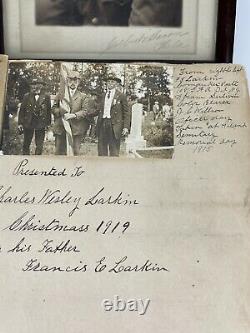 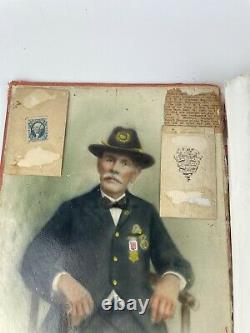 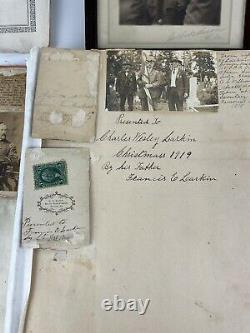 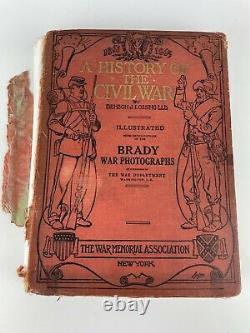 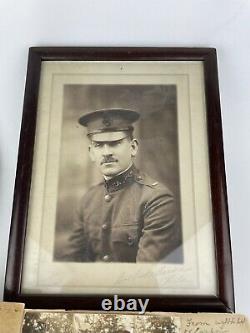 For sale is a very unique Lot of 4 Civil War Soldier CDV 16th N. A Photo Scrap Book & GAR reunion photo. The book is A History of the civil war By Benson J. Illustrated with reproductions of the Brady were photographs.

The book belonged to civil war soldier Francis Edwards Larkin. All of the photos and book were owned by him. The book was used as a personal scrapbook. The photos are personally signed.

A photo of the commander Colonel Joseph J Morrison is personally signed on the front. David S Merrwin was dishonorably discharged, per General court marshal. Francis Edward liking enlisted in November of 1853, came in as a private and served for three years.

He presented the book to his son in 1919 on Christmas. On the inside of the cover there is a portrait of Francis Edward Larkin. There is an extra photo of Francis and two other Civil War soldiers at G. Also included is a photo from world war one of the son Charles Larkin that the book was presented to.

The book has a lot where that can be seen in the photos. The top left photo on the inside cover is of Francis Edward Larkin during the war. The front cover is no longer attached. CDV photos glued to the book at one point but our no longer. Where is somewhere to the backs of the photos I can be seen. All of the photos are identified. Also included in the sale is a program The blue and the gray at Gettysburg dated to 1913 that belonged to Francis Larkin. Take a close look at the pictures and ask any questions before purchasing. More photos can be sent upon request. The item "5 Civil War Soldier CDV 16th N.