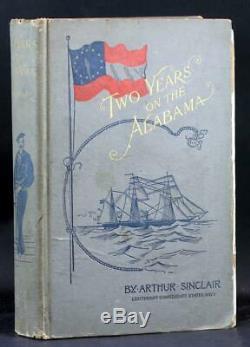 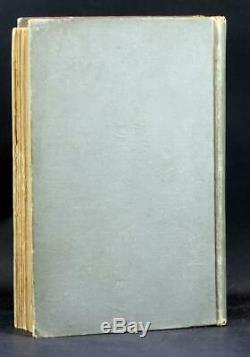 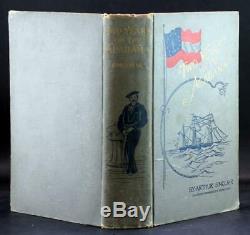 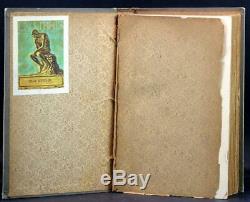 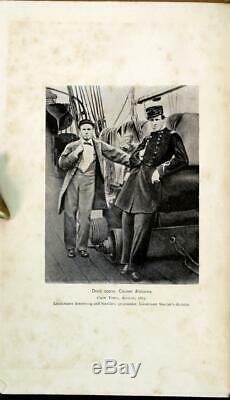 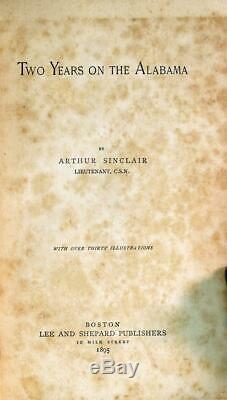 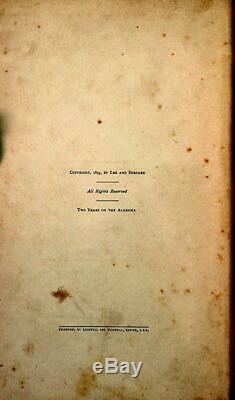 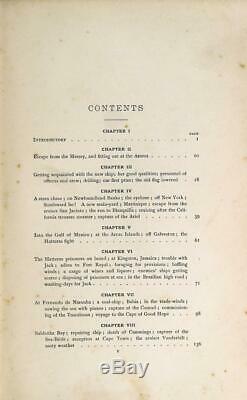 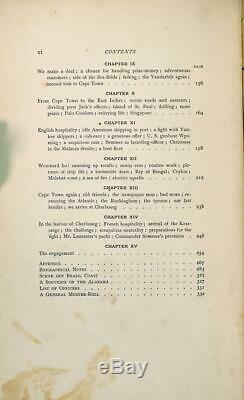 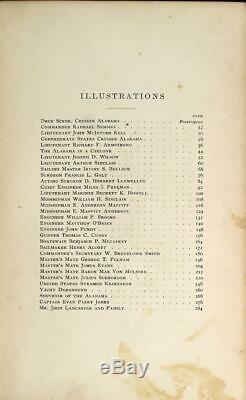 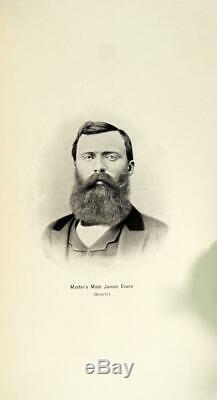 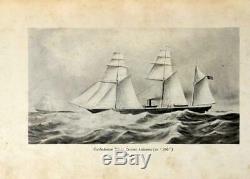 Lee & Shepard Publishers, Boston, MA. Illustrated with a portrait frontispiece, portraits and plates. Bound in grey cloth with gilt titles present to the spine. Boards have wear present to the extremities of the boards. Front flyleaf paper is chipped and worn. Previous owner's bookplate present to the reverse of the front board. Text is clean and free of marks. From July 1862 until June 1864 the C. Alabama was the terror of the Atlantic Ocean. Built in secrecy in Liverpool, England, through the arrangement of Confederate agent Commander James Bulloch, it was built for the fledgling Confederate States Navy which was sorely in need of ships. Through these two years it completed seven highly successful expeditionary raids, and it had been at sea for 534 days out of 657, never visiting a single Confederate port. They boarded nearly 450 vessels, captured or burned 65 Union merchant ships, and took more than 2,000 prisoners without a single loss of life from either prisoners or their own crew. Fifth Lieutenant Arthur Sinclair, who served under Semmes on the Alabama for the entirety of its existence, documents a fascinating first-person account of life on board this Confederate raider. 1st Ed 1895 Two Years on the Alabama Arthur Sinclair Confederate Navy Civil War. Up For Sale Today is. Two Years on the Alabama. Binding tight and solid From July 1862 until June 1864 the C. As they crisscrossed over the oceans Sinclair notes the ships they attacked, prisoners they took and various places they visited, from Brazil to South Africa. Powered by both sail and steam, the Alabama was one of the quickest ships of its era, reaching speeds of over 13 knots.

But in the quest for speed there had been sacrifices, notably the lack of heavy armor-cladding and larger guns, which were to prove fatal during the Battle of Cherbourg in 1864 against the U. Two Years on the Alabama is an excellent account of naval operations of the confederacy during the American Civil War. It provides brilliant details into the revolutionary changes that were occurring in late-nineteenth century maritime developments.

After the Alabama was sunk Sinclair was rescued by the English yacht Deerhound and taken to Southampton. He later served as an officer of the inactive cruiser CSS Rappahannock at Calais, France.

Following the Civil War, he primarily lived in Baltimore, Maryland, where he was a merchant. In 1896 he published Two Years on the Alabama. Arthur Sinclair died in Baltimore in November 1925. OUR MISSION STATEMENT: Our goal is to provide the best books for the lowest prices. Thank you for visiting this listing and we hope to see you again soon!

Book formats and corresponding sizes. Approximate cover size (width × height). ALL ITEMS ARE DESCRIBED TO THE BEST OF MY ABILITY! ALL ITEMS ARE WRAPPED IN 2 LAYERS OF BUBBLE WRAP AND THEN PLACED INTO A CUSTOM FITTED CARDBOARD MAILER.

IF YOU DO WIN MULTIPLE ITEMS PLEASE DO NOT PAY FOR THEM INDIVIDUALLY! We do not mark merchandise values below value or mark items as "gifts" as US and International government regulations prohibit such behavior. (This is a felony in the United States). Get Supersized Images & Free Image Hosting. Create your brand with Auctiva's.

This item is in the category "Books\Antiquarian & Collectible". The seller is "lastexitbooks" and is located in Charlottesville, Virginia. This item can be shipped worldwide.