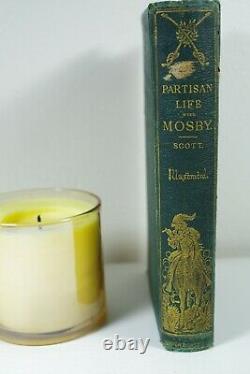 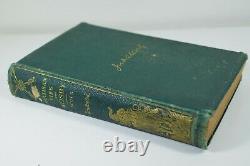 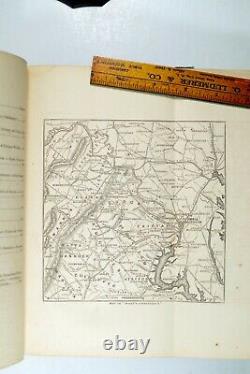 IMAGES SHOW WHAT YOU WILL RECIEVE: WE TRY TO DESCRIBE OUR ITEMS ACCURATELY BUT CANNOT INSPECT EVERY PAGE AND DESCRIBE EVERY FLAW. OLD BOOKS WILL SHOW AGEING AND HAVE VARYING DEGREES OF DISCOLORATION, FOXING, DOG EARS, MINOR CREASES, TEARS, PENCIL MARKS ETC. INSPECT IMAGES FOR DETAILS READ DESCRIPTION FULLY - MESSAGE WITH ANY QUESTIONS.

1867 PARTISAN LIFE MOSBY CONFEDERATE CIVIL WAR COMMANDER RANGERS 43 ENGRAVINGS B37. SEE IMAGES FOR LIST OF ILLUSTRATIONS, TABLE OF CONTENTS, ETC. 1867 HARPER & BROTHERS PUBLISHERS, by MAJOR JOHN SCOTT. HC, APPROX 9.5x6 HAVING 492 PAGES WITH 43 ENGRAVINGS & MAP. CONDTION: VERY GOOD, SOUND COPY, BINDING TIGHT, NO FOXING, SOME WEAR TO COVER AND CORNER BUMPS. John Singleton Mosby (December 6, 1833 May 30, 1916), also known by his nickname, the "Gray Ghost", was a Confederate army cavalry battalion commander in the American Civil War. His command, the 43rd Battalion, Virginia Cavalry, known as Mosby's Rangers or Mosby's Raiders, was a partisan ranger unit noted for its lightning-quick raids and its ability to elude Union Army pursuers and disappear, blending in with local farmers and townsmen. The area of northern central Virginia in which Mosby operated with impunity was known during the war and ever since as Mosby's Confederacy. After the war, Mosby became a Republican and worked as an attorney, supporting his former enemy's commander, U.

He also served as the American consul to Hong Kong and in the U. A short time after the surrender of the Confederate armies, Major John Scott, who had been associated with me for some time before the close of the war, proposed with my approbation and consent, which was cheefully given, to write a memoir of my command. I placed at his disposal all of my dispatches, correspondance and other millitary memmoranda. He applied himself with great zeal and diligence to the task having all the time the cooperation of the officers and the men of the command. TIP: FOR ILLUSTRATIONS & ENGRAVINGS.

COPY CENTERS OFFER SUPERB B&W OR COLOR COPIES & ENLARGEMENTS. UNIQUE ARTWORK AND EVEN POSTERS CAN BE MADE FROM THE ORIGINALS. ENGRAVINGS ARE EXCELLENT FOR HAND COLORING AND ARE A PERFECT CANDIDATE FOR FRAMING OR MAKING ENLARGED PRINTS FOR UNIQUE DECOR.

The item "1867 PARTISAN LIFE MOSBY CONFEDERATE CIVIL WAR COMMANDR RANGERS 43 ENGRAVING B37" is in sale since Monday, July 12, 2021. This item is in the category "Books & Magazines\Antiquarian & Collectible".

The seller is "papertique" and is located in West Palm Beach, Florida. This item can be shipped to United States.