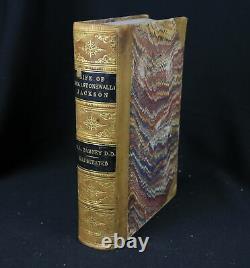 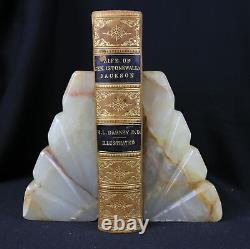 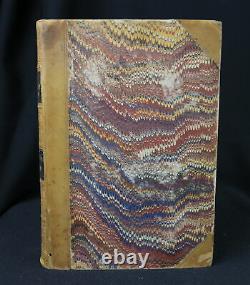 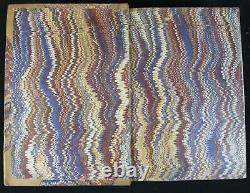 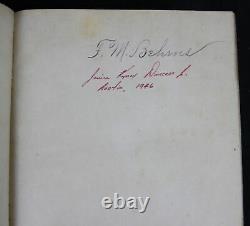 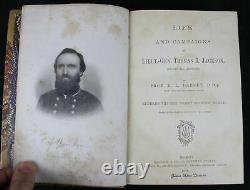 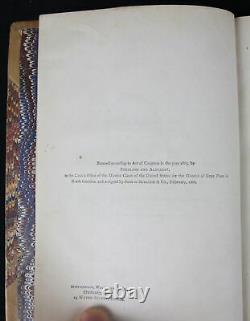 Tight binding; clean pages; a couple of names on blank page and one on the title page; small chip to spine label; some wear to covers. One of the best and most authoritative biographies of the great Confederate General, Thomas "Stonewall" Jackson. "Dabney's biography belongs near the top of any checklist of Jackson literature" In Taller Cotton, 56.

Written by a member of Jackson's staff, with the help of Jackson's family. Next to Henderson's, his most authoritative biography. " "Dabney, a Virginia clergyman, wrote this biography at the invitation of Jackson's family; while the work is polemical in its defense of the Southern cause, it contains much primary material Nevins II, p. Howes D-2; Dornbusch II, 2825.

Thomas Jonathan "Stonewall" Jackson (January 21, 1824 - May 10, 1863) was a. Confederate general during the American Civil War, and the best-known Confederate commander after General Robert E. His military career includes the Valley Campaign of 1862 and his service as a corps commander in the Army of Northern Virginia, under Robert E. Confederate pickets accidentally shot him at the Battle of Chancellorsville on May 2, 1863. The general survived but lost an arm to amputation; he died of complications from pneumonia eight days later. His death was a severe setback for the Confederacy, affecting not only its military prospects, but also the morale of its army and of its general public. Jackson in death became an icon of Southern heroism and commitment, and became a mainstay in the pantheon of the "Lost Cause". Military historians consider Jackson to be one of the most gifted tactical commanders in U.

His Valley Campaign and his envelopment of the Union Army's right wing at Chancellorsville are studied worldwide, even today, as examples of innovative and bold leadership. He excelled as well in other battles: the First Battle of Bull Run (First Manassas), where he received his famous nickname "Stonewall"; the Second Battle of Bull Run (Second Manassas); and the battles of Antietam and Fredericksburg. Jackson was not, however, universally successful as a commander as displayed by his late arrival and confused efforts during the Seven Days Battles around Richmond, in 1862.

We offer rare and important books from Literary Classics and Children's Books to Americana and Civil War. Over the years we've had many of the great landmarks of literature as well as thousands of other interesting and collectible books in all categories. If you are looking for a book we don't have listed right now feel free to reach out and you'll be the first to know when we list the titles you're looking for.

We're also available to answer questions about our books or provide additional photos. All dust jackets are placed in clear mylar protective covers to preserve them for your collection. All books are guaranteed to be as described. We have been in the field for almost 20 years and have a depth of knowledge in the identification of first editions and the authentication of signatures. Every signature is guaranteed to be authentic and every first edition is guaranteed to be the first edition. In addition, every package is insured at it's full value. Check out our other listings. For more interesting and collectible books. This listing was created by Bibliopolis. This item is in the category "Books & Magazines\Antiquarian & Collectible". The seller is "lfmbooks" and is located in this country: US.