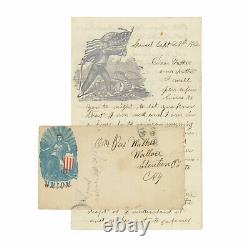 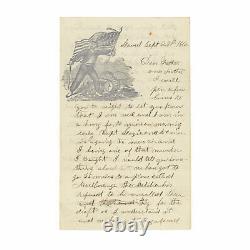 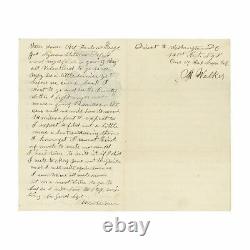 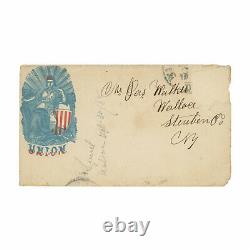 This letter was written by eighteen-year-old Private Marcus Walker only two weeks after he was mustered into Company E of the 141st New York Volunteers. The regiment was then serving in the defenses of Washington. Writing to his parents back home in Steuben County, Walker describes preparations for a small party of the 141st to look into a group of Marylanders at Marlboro who refused to be enrolled there for the draft.

Logie and 20 men is a going to march, and I being one of that number, I thought I would tell you something about it. We have got to go 26 miles to a place called Marlboro. The Militia has refused to be enrolled there for the draft, as I understand it, and we have got to them down. Art Dunton, George, Joe, Lyman P.

Robards, Deloss [Parkhill], and myself is a going. They all volunteered to go, so we may see a little service yet before we come back. I want to go and see the country whether I fight any or not. We are a going 12 miles on the cars and we will have to march 14 miles afoot. I expect to find out a little more about soldiering than I know yet.

Logie was Walkers company commander. Logie would be promoted colonel in June 1863 and would be killed in action in July 1864 at the Battle of Peach Tree Creek.

Private Deloss Parkhill, another of the group marching to Marlboro, was wounded in May 1864 at the Battle of Resaca. The letter was written on three pages of a 5 x 8 bifolium letter sheet featuring a patriotic decoration of a Zouave officer carrying the colors and urging his men forward in battle, with the enemys flag trampled under his feet. It is in very good condition with light foxing and toning. Creased at the original mailing folds. Also included is the original postal cover with patriotic Union decoration.

The letters full transcript follows. Laurel [Maryland] Sept 28th 1862. I cannot think of much to write, nor would I have time to write it if I did. I wrote to Mary Jane not long since and I will write again soon as I can. We are all well here.

It is a most time to go to bed, so I will have to stop writing so good bye. Care of Capt Logie, Co. Please see my other items for more interesting Civil War letters, documents, and images. The item "1862 Civil War Letter 141st New York Enforcing Draft at Marlboro, Maryland" is in sale since Saturday, November 27, 2021. This item is in the category "Collectibles\Militaria\Civil War (1861-65)\Original Period Items\Correspondence, Mail".