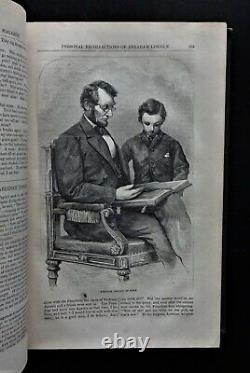 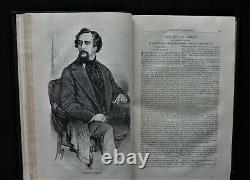 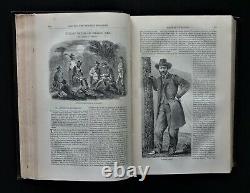 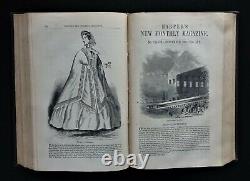 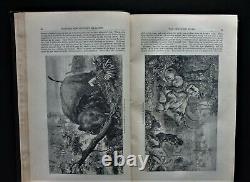 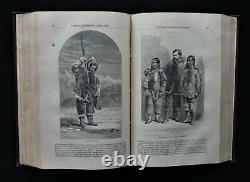 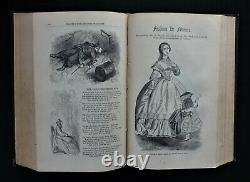 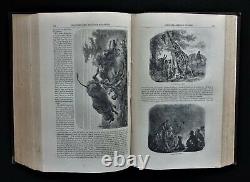 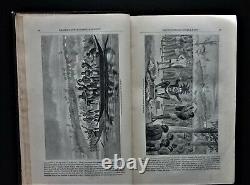 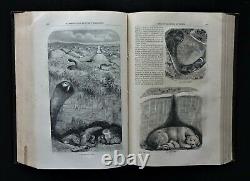 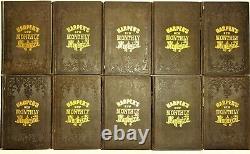 This is a collection of 10 consecutive CIVIL WAR era volumes of "Harper's New Monthly Magazine" from June, 1861 to May, 1866 (a complete run of volumes 23 to 32 - 60 issues in all). The July, 1865 issue features a full-page illustration of Abraham Lincoln with his son. The June, 1864 issue contains the first serialized installment (Chapter 1) of "Our Mutual Friend" by Charles Dickens. Content includes both fiction and non-fiction stories, poetry, fashion and more.

Volume 26 : After Vicksburg (poem); Another African Hunter; Cards and Dice; The Dead Drummer Boy (poem); The Revolving Tower and its Inventor (naval warfare); The Gun-Boat Essex; Hull's Campaign (War of 1812); A Mans' Life. Volume 27 : The Battle of Antietam; The Indian Massacres and War of 1812; The Army Correspondent; The Religious Life of the Negro Slave; Cemeteries; The First Cruise of the Monitor Passaic; Harbor Defense; The Niagara Frontier.

Volume 28 : Escape from Richmond; War with the Creek Indians; Life with the Esquimaux; "Psyche" by Hans Christian Andersen; "Thackeray - In Memoriam" by Charles Dickens; Journey to the Source of the Nile; Escape from Ft. Volume 29 : Military Hospitals at Ft.

This item is in the category "Books\Antiquarian & Collectible". The seller is "newenglandnative" and is located in Hudson, New Hampshire.