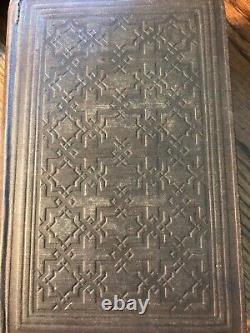 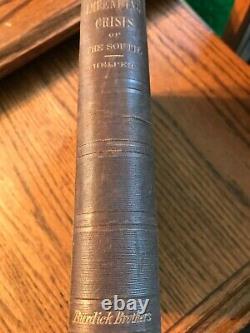 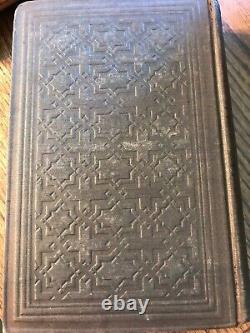 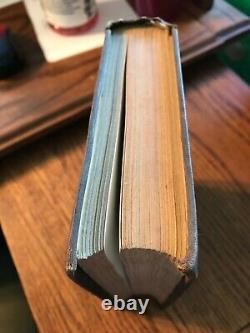 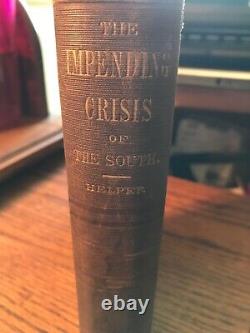 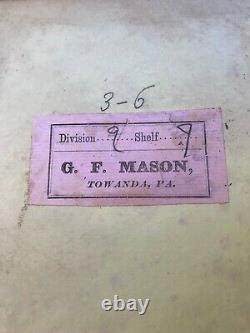 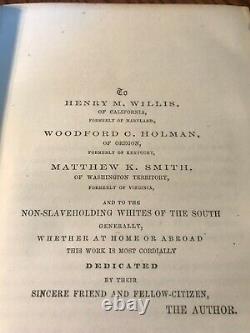 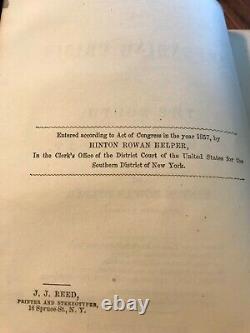 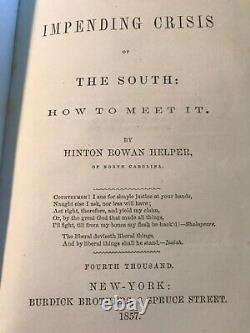 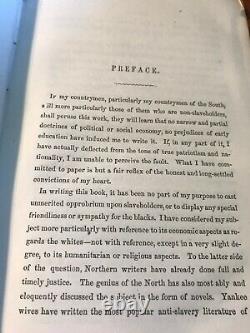 This book shows a name tag (seen in pictures) of the original owner, G F Mason who was actually an Admiral in the Navy. This book is in amazing condition with just a minor tear at the top left of the book.

The tear does not go thru the board but is strangely a surface tear. Again, the only writing or marks in the book are from the original owner with his name. Of note, this is the "Fourth Thousand" Edition. His father was a farmer and slaveholder, and he died before Helper was a year old. Helper was raised with the financial help of a wealthy uncle, and he attended Mocksville Academy where he was taught by Peter Stewart Ney -d.

Ney had emigrated to America from France some time before 1820, and at times he claimed to be Marshal Ney, Napoleon's General who had been executed in Paris in 1815. Helper was an outspoken critic of slavery during the 1850s. His book, "The Impending Crisis in the South" was originally published in 1857. He proposed that the institution of slavery actually hurt southerners both economically and culturally. Many of his arguments were effective, and he was not popular in the south, especially among his North Carolina brethren.

The book was partly written in North Carolina and partly written in the North. The book made him famous quickly, however some of his ideas were also unpopular among the northerners. He was not an advocate of simple emancipation.

He thought that slave holders should be taxed to raise funds to colonize free blacks in Africa or South American. He was an ardent supporter of Abraham Lincoln and the Republicans used this book during the campaign. This item is in the category "Books & Magazines\Antiquarian & Collectible". The seller is "anbarlow" and is located in this country: US.