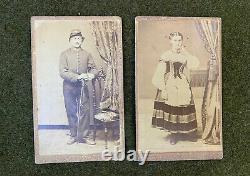 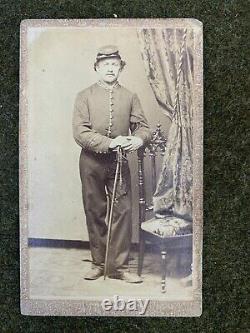 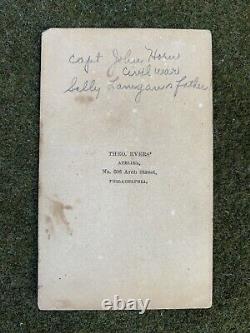 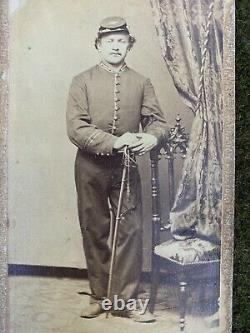 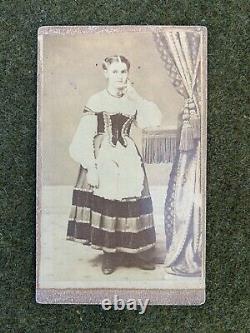 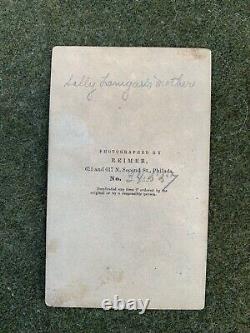 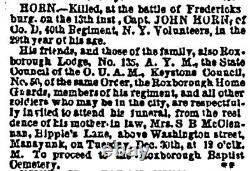 Here is a husband & wife CDV pair from the Civil War, of Captain John Horn & his wife Harriet Martha Carmine. They married in Philadelphia 22 November 1857. Pencil inscription identify them as Sally Lanigan's father & mother which is how one comes to his service record.

They were living in Philadelphia when he enlisted and there are Philadelphia back marks on the photos. This is confusing as he is dressed as a cavalryman, carrying a cavalry saber and has cavalry hat insignia. I have copied the 1862 death notice I found online into the pictures.

June 6, 1862 promoted to Captain. On December 13, 1862 during the Battle of Fredericksburg, Virginia. He was killed in action while leading his men at a site referred to as the "Slaughter Pen", an area south of the town.